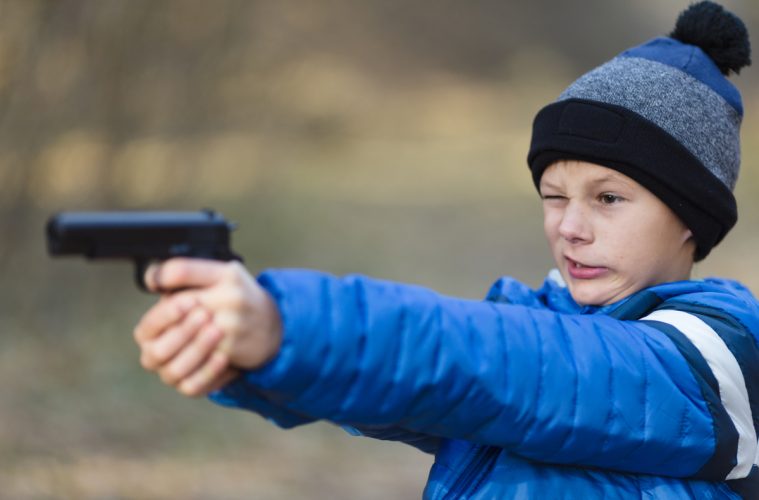 Why Parents Should Teach Their Kids About Guns

I respect my colleagues, but have to take exception with something one of those colleagues posted. In reposting a news article, one of my colleagues chose the title ‘Why You Should Always Keep Guns Out of Children’s Reach’. I totally disagree with that statement.

Her repost relayed the sad story of a 3-year-old boy who is alleged to have accidentally shot his 5-year-old sister in the head, killing her. Evidently, the young boy found a loaded 9mm Ruger semi-automatic handgun and then shot his sister. The mother is being charged for the death of her daughter for failing to put the handgun out of reach of her young children.

I agree that it’s the mom’s fault, but for a totally different reason than what everyone else is saying. Parents need to teach their kids about guns, not hide them and lock them up.

I was raised in a house with loaded guns. I have two older brothers and a younger sister and we all knew where the loaded and unloaded guns were kept along with where the ammunition was kept. We were all taught from the youngest age that guns were NOT toys, that they were dangerous and that we were to never touch them unless told to or if anyone in the house was in danger. Back in my youth, we were also taught to obey and respect our parents.

My parents also taught us all how to shoot when we were quite young. I remember learning to shoot when I was 4-years-old. It was an over-under rifle-shotgun. It was a .22 caliber rifle on top and .410 shotgun on bottom. It was too heavy for me to hold, so my dad rested the front stock in his hand as he taught me how to aim, cock and shoot. He regularly took me and my brothers and sister out shooting to make sure we knew how to hunt and to protect ourselves. I remember how excited I was when I shot my first rabbit at age 5.

There were always loaded guns in the house for protection. We knew where they were and we knew not to touch them unless necessary. My parents always taught us that we live in a sin cursed world in which there are bad people who might break into the house at any time and if that happened, we should all be prepared to defend ourselves and each other and that’s why they kept loaded guns in the house.

I still have loaded guns in my house and have one within reach as I write this piece. If anyone breaks into my house, they better plan on being carried out.

There have been a number of incidents where kids have used loaded guns in their house to defend against intruders.

In 2015, a boy used his mom’s loaded gun to shoot an armed intruder.

In 2014, another boy used a shotgun protect himself from a masked intruder. Seeing the masked intruder trying to break in through the back door, the boy grabbed a shotgun and shells, loaded and fired in the direction of the intruder who then fled in fear.

In 2012, 12-year-old Kendra St. Claire of Oklahoma was home alone when an intruder tried breaking into the house. She called her mom at work who told her to grab her (the mom’s) handgun and hide in the closet. Kendra did and as the intruder tried to open the closet door, she shot him in the shoulder, forcing him to flee the house. He was quickly apprehended by police and charged with his crime.

This why I disagree with the statement that guns should always be kept out of the reach of children. Instead, I would insist that parents take the responsibility, like my parents did, and properly teach their kids about guns. They need to be taught how to shoot, to respect guns and when not to touch them.

It’s all a matter of proper parenting, which seems to be a lost art in today’s fallen America.