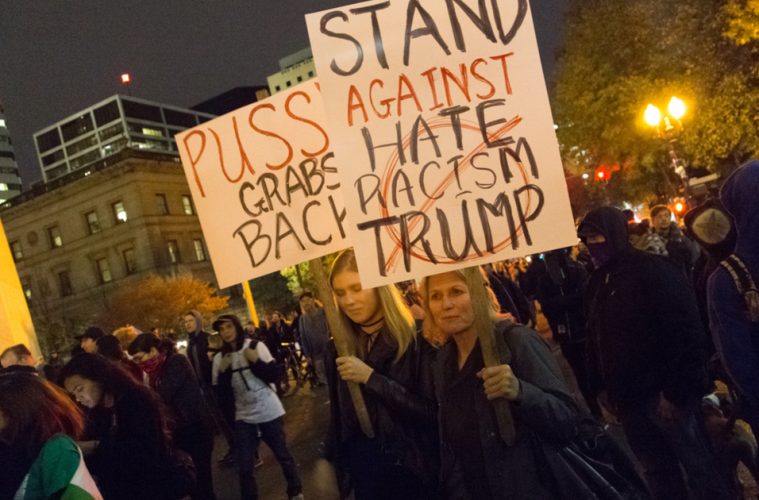 In another display of liberal hypocrisy, the ACLU wants all of the protesters in Washington DC to video the actions of law enforcement while at the same time wanting law enforcement NOT to video protesters. Talk about a double standard.

In a move so typical of the hypocritical left, the ACLU is urging protesters at Donald J. Trump’s inauguration to be sure and take video of police and security agents attempting to keep everyone in D.C. safe but at the same time they are warning the police to be sure and turn off their body cameras so as not to record protesters.

In essence, the ACLU wants to make sure protesters feel free to destroy property and put people in danger while feeling just as free that their identities won’t be revealed by video from images recored by police body cameras.

Yet even as they are warning police to turn off their body cameras to give protesters perfect anonymity, the ACLU is also urging activists to get in cops’ faces with their own video cameras.

As security forces in Washington make their plans to insure the security and safety of the thousands who will be attending the inauguration of Donald J. Trump, the ACLU is warning officers to make sure their body cameras are turned off during the inevitable protests and attempts at disruption, according to NEA.com.