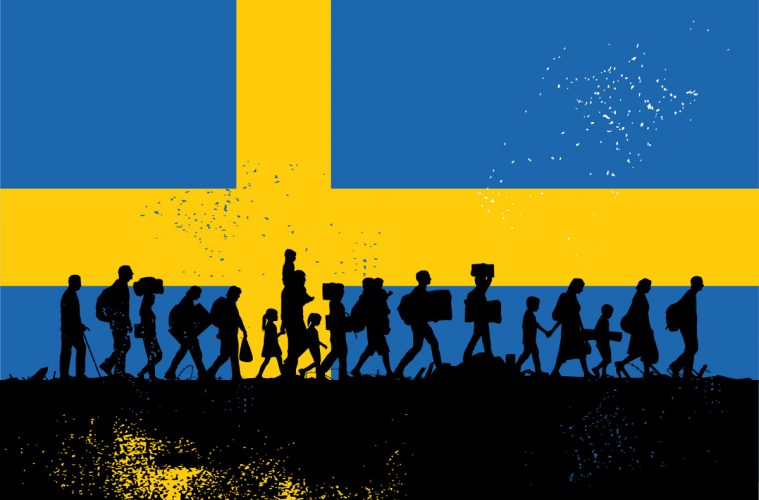 How much free help should be provided to the thousands of Middle East refugees that flood into other countries?

I have friends that fled to the United States to escape dangerous situations in their own countries. They had to provide for their own needs when they arrived here in the US. They had to rely on the money and assets they brought with them in order to find housing and feed themselves. They sought jobs as quickly as possible to provide for themselves and their families. They did not expect the government or others to provide free housing, food and clothes nor did they expect to find jobs waiting for them. They knew life would be difficult at first but that with hard work, they could improve their living conditions and better provide for their needs and those of their family.

Evidently, that’s not the case with many of the Middle East refugees that have fled countries like Syria and others.

Evidently, many of these refugees fled to Sweden, and most other countries, expecting to be given free places to live along with jobs. With the cold harsh Swedish winter, the government provided refugees with apartments, paid for with tax payer money.

However, a growing number of refugees are not happy with the free housing being provided to them. Mohammad Jumaa, a Syrian refugee wrote an opinion piece that was published by a Swedish media outlet, in which he complained about what is being provided to them by the Swedish government. He wrote, in part:

“You have made our lives miserable.”

“We are people, not animals that only need to eat and sleep!”

“I can’t believe this is in Sweden!”

“Why did you open your doors to us refugees, if you can’t help us to live a dignified, respectful and fulfilled life?”

“Do not tell me [as an excuse] that you have so many refugees in Sweden. I know that. But I do not understand why you want to kill us a second time. This waiting process is the same as killing us.”

If that’s not ingratitude enough for you, consider what Mahmoud, another Syrian refugee told a Swedish radio station:

“I had very high hopes of getting my own private house. And then they give me this apartment. It’s like a refugee camp. What is the difference?”

Katarina Gunnarsson responded to Mahmoud’s comments, saying that his apartment looks like a hotel room and that he should be grateful to have been given that considering there is a housing shortage in Stockholm.

Many of the other residents in the same apartment building as Mahmoud are complaining that they expected private apartments and are not happy with having to share a kitchen with other residents. They feel they have been misled and betrayed by the Swedish government.

Consequently, a growing number of refugee asylum applications are being withdrawn. In the first 8 months of 2016, 4,542 refugees withdrew their asylum applications. To help alleviate their refugee crisis and burden, the Swedish government has been offering individual refugees up to 30,000 Kronor ($3,283 US) to return to their home countries. The offer for refugee families to return home goes up to 75,000 Kronor ($8,209 US).

They should be grateful that the they are being provided with free housing to begin with, but to be so upset and ungrateful for not getting more is disgusting, rude and unconsciousable. I can’t help but believe that this is the same mindset that held by many of the refugees that Obama has already allowed into the US and wants to continue to allow in. As a taxpayer, I begrudge seeing my hard-earned tax dollars paying for free housing for possible terrorists and to people who won’t be happy until they are given more and more and more.