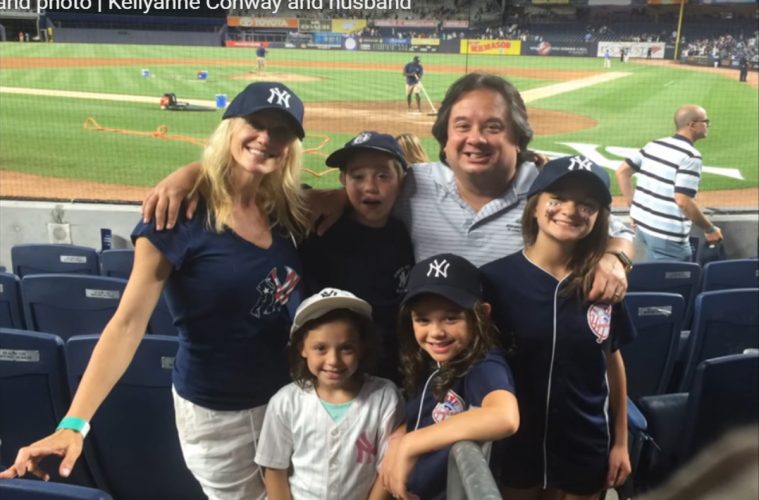 Who is George Conway III & What Role Will He Play in Trump Administration?

On July 1, 2016, Donald Trump announced that he had hired Kellyanne Conway to be one of his top senior campaign advisors.

After Trump defeated Hillary Clinton in November’s presidential election, he began forming his Cabinet and administration. Among his selections was Conway, who will serve as the Counselor to the President, once Trump is sworn into office on January 20.

While many looked at Kellyanne Conway thinking she was a pretty face that Trump added to his political harem, few realize that she earned a Juris Doctorate (law degree) from George Washington University Law School. She graduated with honors. Afterwards, she clerked for a judge in Washington DC.

“George T. Conway III has been a partner in the Litigation Department of Wachtell, Lipton, Rosen & Katz since January 1994. He joined the firm in September 1988.  His litigation experience has included a variety of high-profile matters spanning many areas of law in federal and state courts throughout the country. He has extensive experience in securities litigation, mergers and acquisitions litigation, contract litigation, antitrust litigation, and other litigation, both at the trial and appellate levels.”

“The task of the Office of the Solicitor General is to supervise and conduct government litigation in the United States Supreme Court. Virtually all such litigation is channeled through the Office of the Solicitor General and is actively conducted by the Office. The United States is involved in approximately two-thirds of all the cases the U.S. Supreme Court decides on the merits each year.”

“Another responsibility of the Office is to review all cases decided adversely to the government in the lower courts to determine whether they should be appealed and, if so, what position should be taken. Moreover, the Solicitor General determines whether the government will participate as an amicus curiae, or intervene, in cases in any appellate court.”

Several Solicitor Generals have gone on to be nominated to the US Supreme Court including Thurgood Marshall and Elena Kagan.

So, what makes George Conway III qualified to be the US Solicitor General?

“In the area of securities litigation, he briefed and argued the case for respondents in Morrison v. National Australia Bank, in which the Supreme Court of the United States held that Section 10(b) of the Securities Exchange Act of 1934 does not apply extraterritorially to claims of so-called “foreign-cubed” plaintiffs — foreign investors who purchased securities of foreign issuers on foreign exchanges.  He also recently argued and won a precedent-setting motion to dismiss so-called “foreign-squared” claims against EADS brought by American plaintiffs who purchased that foreign company’s shares on foreign exchanges.”

“Mr. Conway also recently argued and won an important appeal under the Visual Artists Rights Act of 1990 on behalf of the Swiss installation artist Christoph Büchel in the artist’s highly publicized dispute with the Massachusetts Museum of Contemporary Art. He also successfully represented the Chief Judge of the State of New York and the New York Unified Court System in historic constitutional litigation over the State of New York’s extended failure to adjust judicial salaries. Mr. Conway also played a substantial role in the successful defense of Kenneth Langone’s Invemed Associates in a disciplinary proceeding before the NASD (now FINRA) that resulted in what the New York Times called a “withering,” “high-profile defeat” for the regulators.”

These are only part of Conway’s stellar legal career and impressive credentials. There appears no doubt that he will make a good Solicitor General and I would not be surprised if he was eventually nominated to the US Supreme Court.