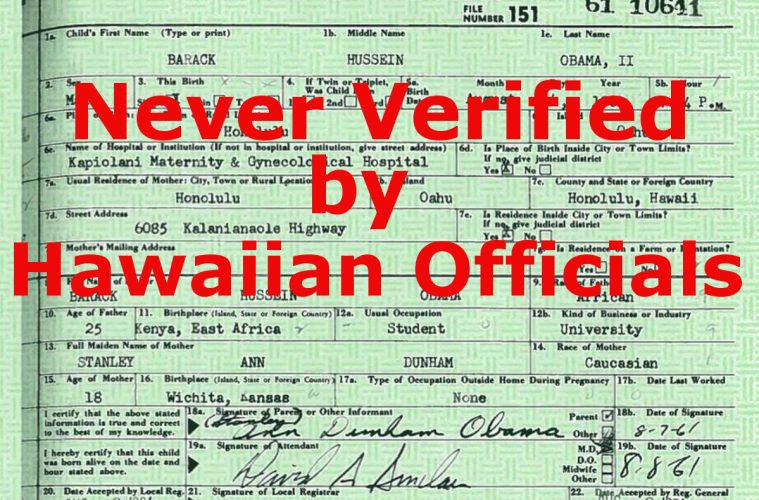 During the 2008 presidential campaign, many questioned if Obama was a natural born US citizen. One of the most vocal was former President Bill Clinton as he campaigned for Hillary’s run for the Democratic nomination. Mysteriously, Bill Clinton, who at the time was the loudest advocate of the Obama birther issue, suddenly went silent on the issue. Rumors have existed that he may have been threatened by backers of Obama’s campaign. One campaign worker testified she heard Bill Clinton receive a threat on daughter Chelsea’s life, but no official investigation of such a threat has ever been launched. All we know is that after that alleged incident, Bill Clinton stopped all questioning of Obama’s birth and right to run for president.

After Obama won the election and was sworn into office, nearly 250 residents petitioned Maricopa County Sheriff Joe Arpaio to investigate Obama’s birth certificate and the Cold Case Posse began an investigation, led by Mike Zullo. At the beginning, Arpaio and Zullo stated that they were obligated to investigate because of the petition of the citizens, but that their aim in the investigation was to clear Obama of any wrong doing and prove that he was indeed eligible to run and serve as president.