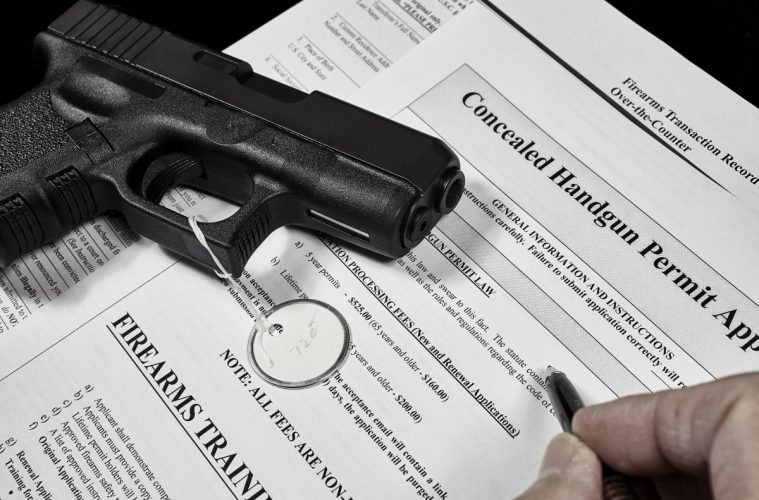 Many states realized that Second Amendment and gun rights advocates would continue to push and push until citizens were allowed to carry concealed weapons in many public places as a means of self-defense. However, liberals insisted on maintaining some control over citizens being armed so they compromised in allowing the creation of concealed carry permits. This allowed them to know everyone who applied for and obtained a concealed carry permit. It was another form of gun registration which many Second Amendment and gun rights advocates are against. Yet, they compromised by agreeing to a permit system.

So far, Second Amendment and gun rights advocates have been successful in 11 states where they have seen ‘constitutional carry’ laws passed. Constitutional carry laws do away with the required permits once necessary to carry a concealed weapon.

However, not everyone, including most Democrats, are in favor of constitutional carry laws and eliminating permits for concealed carry weapons. They argue that not requiring permits is too dangerous to the general public and to law enforcement as no one knows who is armed and who is not. They fail to realize that this idea of not knowing who is armed is one of the reasons that constitutional carry laws help reduce personal crimes and keep the public better protected.

Many eyes are watching to see if Indiana will become the 12th state to eliminate the concealed carry permit system and adopt a constitutional carry law. A constitutional carry bill was introduced into the Indiana House and Senate in 2015, but both times the bill failed to go anywhere except to the trash pile of discarded bills. Some were surprised that the bills failed to pass since both houses of the Indiana legislature were controlled by Republicans.

Indiana State Representative Jim Lucas represents District 69 in the Indiana House. District 69 includes the towns of Seymour and North Vernon. The district, which has about 60,000 people in it, lies south of Indianapolis, north of Louisville, Kentucky and west of Cincinnati, Ohio.

Lucas is confident that the climate on gun rights has changed since the November election and a constitutional carry bill will stand a better chance of passing in the upcoming January legislative session. He also points to gun rights advocate Rep. Ben Smaltz (R-Auburn) who has been appointed to the chair of the Public Policy Committee.

However, lawmakers from Indianapolis and the surrounding area are not in favor of a constitutional carry law. Most of them are liberal Democrats and believe that eliminating permits for concealed carry will only embolden more people to carry guns, including those who shouldn’t be allowed to carry them in the first place. Their argument may sound good, but it’s actually illogical when you consider that the criminals who are already banned from being in possession of a firearm, still carry them anyway. It doesn’t matter if the state requires a permit for concealed carry weapons or not, criminals or crazy people can and do obtain guns and carry them under the current system.

The largest group of people impacted by a constitutional carry law will be the average law abiding citizen who doesn’t want the government to know they own or carry a gun. Many citizens don’t like having to pay the fees associated with concealed carry permit applications or having to jump through the many hoops required by the state.

The liberal media has already taken the side of the anti-Second Amendment liberals and quoting them far more often than they are quoting pro-Second Amendment advocates like Rep. Lucas. But when has the mainstream media been guilty or accused of honest and accurate reporting?