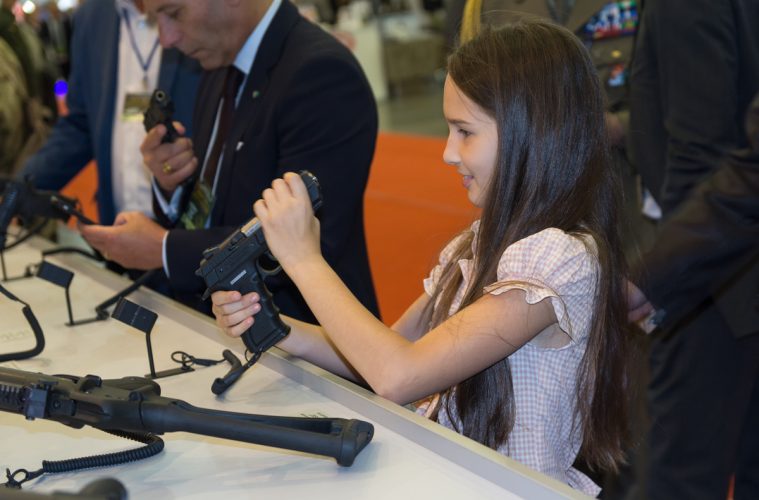 2016 Another Record Year for Gun Sales Thanks to Obama & Friends

Liberals like Barack Obama, Hillary Clinton and Michael Bloomberg would like nothing better than to end 2016 by disarming every American citizen. For the past eight years, the three amigos have been working tirelessly to abolish the Second Amendment rights of every person in America.

The National Instant Criminal Background Check System (NICS) went into effect in November 1998. Since that time through November 2015, there were 222,363,898 background checks. Each year the number of background checks has increased over the year before and it clearly appears that 2016 will also exceed last year’s number.

NICS states that background checks do not represent total gun sales since many states have different laws and methods of approving gun sales. It also doesn’t cover the hundreds of thousands of guns sold at gun shows or by private individuals, but the trend of increasing numbers continues to climb year by year.

From all indications, 2016 will not only exceed 2015 in the record of background checks, but will smash it by a significant number. According to one report:

Of course, as of 8 December we don’t have final data for even the FBI NICS, the most rapidly reporting of these numbers, so how can we say there’s a record?

Normally, we run a naïve forecast throughout the year. It takes no account of the heavy seasonality in gun sales and NICS checks, and simply takes an average of all the months of this year that have reported so far, and “assumes” that average will be the result for still-unreported months. On this metric, we have known for months that 2016 would be a record; for example, once we got our hands on September’s numbers, we were forecasting 26.5 million NICS for the year, conservatively (conservatively because November and December are historically the peak months), even though under 20 million NICS were complete at the time. Our new forecast for 2016 is 27,019,106. Given that the arithmetic used creates false precision, you read it here first: NICS checks for 2016 will probably exceed 27 million.

It’s ironic that the more Obama, Clinton and Bloomberg do to restrict gun sales and ownership, the more guns people are buying. The more the three amigos try to do away with concealed carry permits, the more people are getting them. That also includes a growing number of teachers and school faculty members in states like Ohio.

As I’ve always been taught, a strong defense is the best offense. In a country removed from God and filled with out of control crime, the best way for anyone to defend themselves is to be armed and ready. This is something that Obama, Clinton and Bloomberg doesn’t want.