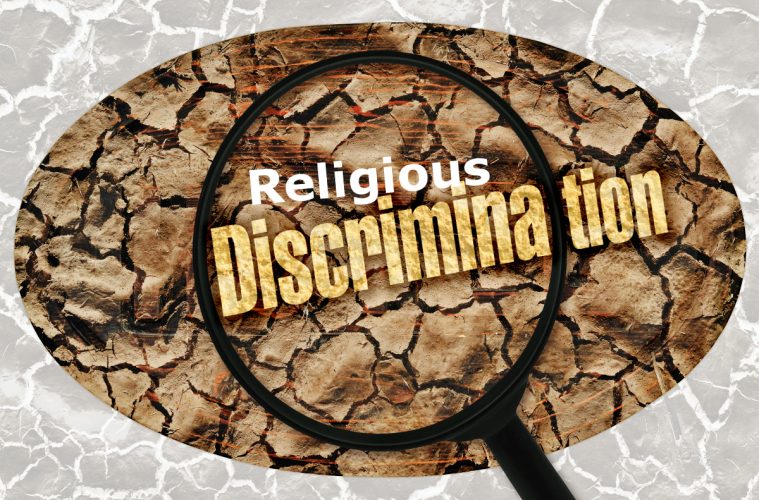 On Sunday, Barack Obama signed the Frank R. Wolf International Religious Freedom Act into law. The purpose of the act is:

“To amend the International Religious Freedom Act of 1998 to improve the ability of the United States to advance religious freedom globally through enhanced diplomacy, training, counterterrorism, and foreign assistance efforts, and through stronger and more flexible political responses to religious freedom violations and violent extremism worldwide, and for other purposes.”

While some naïve groups are hailing the bill as a huge step forward to help prevent the persecution of Christians and other religions throughout the world, I see this bill as nothing more than hypocrisy in action.

The original International Religious Freedom Act was passed in 1998. It was hailed as a measure to prevent religious persecution anywhere in the world. Yet, in the past eight years, America has consistently persecuted Christians and Christianity while giving preferential protection to Muslims.

During Obama’s tenure, US military personnel were charged with crimes for defacing and burning Qurans in Iraq. Yet in the same incident, they also burned Bibles, but were never charged for that offense. Obama administration officials failed to acknowledge that the Qurans that were burned had been torn up and defaced by Muslim prisoners while in the custody of US military personnel. Truly a double standard fully supported by our Muslim leader in the White House, but not protected by the International Religious Freedom Act.

When Obama helped the Muslim Brotherhood oust former Egyptian President Hosni Mubarak and take control of the country, no one, not even Obama or any international body protected the senseless persecution and slaughter of Egypt’s Coptic Christians by the radical Muslim government. Obama never even spoke out to condemn the beating, raping, burning, murdering of Egypt’s Christians. Instead, he defied Congress and violated the US Constitution and committed treason when he took it upon himself free up millions of frozen dollars and the sale of fighter jets that went to Egypt’s Muslim Brotherhood.

Even in the presence of an international law to prevent religious persecution, Obama has systematically waged a war against Christians here in America. He pushed the legalization of homosexuality in the military and private life. His administration threatened to court martial military chaplains who refused to take part in the religious ceremonies involving homosexuals, regardless of their faith. Members of the military serving in the Middle East were ordered to hide any evidence of Christianity – Bibles, crosses, etc., but no such edict was given to hide signs of faith in Islam, Buddhism, Sikhism, etc.

Under Obama’s liberal administration and liberal judges, Christian business owners have been systematically persecuted in efforts to force them to violate their faith or go out of business. They’ve been court ordered to cater to and even participate in homosexual ceremonies that are an abomination to the Christian faith. Christian business owners have been forced to provide contraceptive healthcare coverage. This coverage provides the day-after pills to murder fertilized eggs (still a human life) and to allow for the promiscuous pre- and extra-marital sexual sins of employees.

Under Obama’s liberal administration, it’s okay for public school teachers and college professors to blaspheme against God and openly berate and verbally assault Christian students. However, it’s not okay to blaspheme or verbally say anything against Muslims or Allah.

A judge in Pennsylvania victimized the victim of a physical assault because the victim dressed up as a zombie Muhammad for Halloween. The man who assaulted him, witnessed by a police officer, was a Muslim, whom the judge set free.

Truly, Christianity is allowed to be openly persecuted here in the United States as well as throughout the world. This why I claim that the newly signed Frank R. Wolf International Religious Freedom Act is just a farce that will only serve to protect Islam but not Christianity. It’s a farce and religious hypocrisy in action.