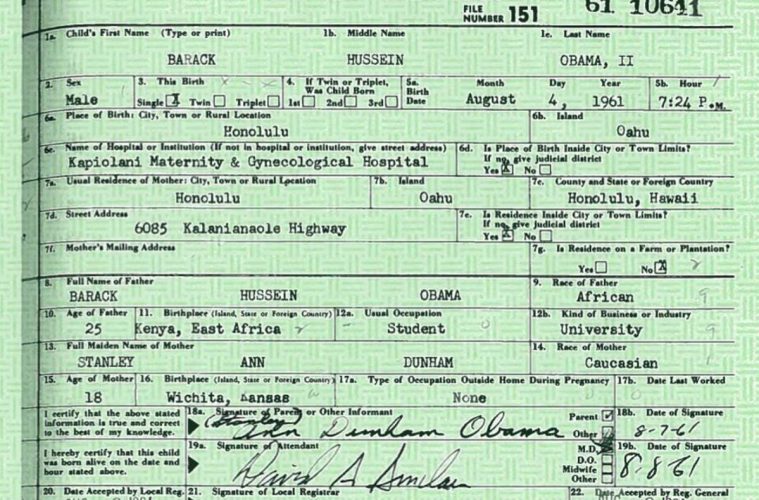 Has an Investigation Finally Proven Obama’s Birth Certificate is a Forgery?

Over the past 8 years, the issue of Barack Obama’s birth place and birth certificate have been questioned by many. Now, one investigation is claiming to have proof that the official Obama long form birth certificate issued by the White House is a forgery.

Why would anyone spend $3 million to hide personal background information if they had nothing to hide? That’s been a lingering question ever since Barack Obama first ran for the White House.

Dr. Jerome Corsi wrote the bestseller Where’s the Birth Certificate in which he questioned where Barack Obama was really born and if he was legally qualified to be president. Not long after the book’s publication and a meeting with Corsi, over 200 residents of Maricopa County, Arizona, signed a petition asking County Sheriff Joe Arpaio to investigate Obama’s birth certificate. Arpaio turned the investigation over to his Cold Case Posse composed mostly of unpaid volunteers.

Some of the evidence mentioned by Corsi and others involved a literary catalog published by Acton and Dystel which identified one of their new authors as:

“Barack Obama, the first African-American president of the Harvard Law Review, was born in Kenya and raised in Indonesia and Hawaii.”