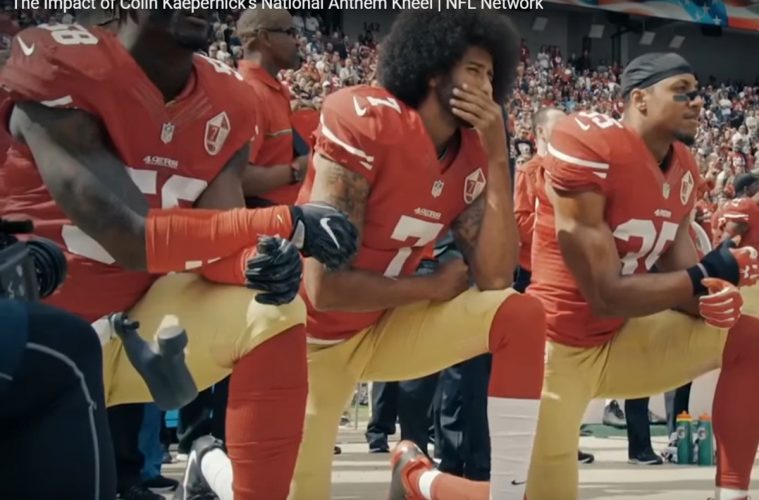 NFL quarterback Colin Kaepernick has created a political storm by kneeling during the playing of our national anthem. He did it largely because of influence of his black activist wife. Other countries treat such an act of disrespect more seriously.

San Francisco 49ers quarterback Colin Kaepernick likes to make a spectacle of himself by kneeling or sitting down during the national anthem, but if he did such a thing in India, he would end up behind bars.

India’s First Post reported that about 20 people were recently arrested after the country’s supreme court made it mandatory for all movie theaters in the country to play the national anthem before every movie and for all audience members to stand in respect.

On Monday, 12 people were arrested for failing to stand for the anthem. Sparjan Kumar, police chief of Thiruvananthapuram, said six of those who did not stand were assaulted, but that the attackers did not face charges.

Authorities charged those who refused to stand with various related offenses that included contempt of court.