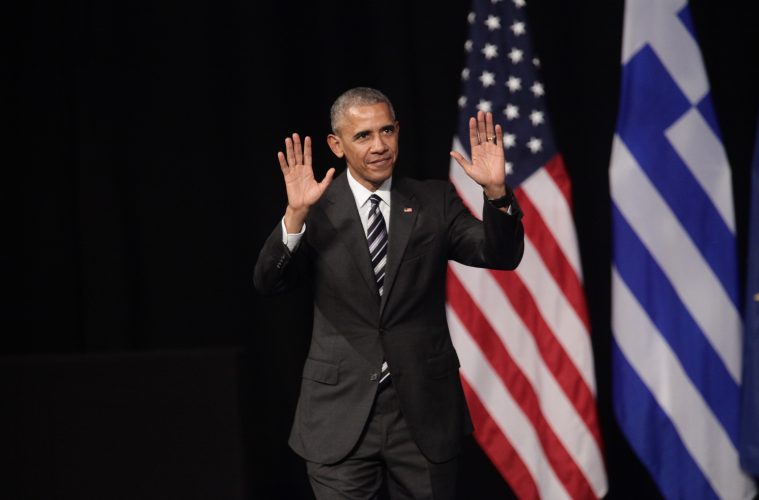 From the very beginning of the public announcement of the IRS targeting scandal, Barack Obama has denied knowing anything about it. In fact, he claimed to have known nothing about Benghazi, Fast and Furious and the DOJ scandal involving AP reporters.

According to publicly released records, IRS commissioner Douglas Shulman visited the White House more than any other member of Obama’s Cabinet. In hearings before the House Oversight and Government Reform Committee, it was made known that 118 of Shulman’s 157 White House visits were made during the period that IRS agents were intentionally targeting tea party and conservatives. In fact, he visited the White House more times than the combined visits of former Secretary of State Hillary Clinton, Secretary of Health and Human Services, Kathleen Sebelius and Secretary of Homeland Security Janet Napolitano.

The number of White House visits released to public records are as follows:

When asked in the committee hearings, Shulman came up with a whole list of reasons why he visited the White House so often, including attending the Easter Egg Roll with his kids. Listening to his excuses was like listening to a kid who got caught taking cookies from the cookie jar, but gave mom 20 different excuses rather than admitting his infraction.

Shulman knew about the illegal targeting at least 5 months before the November election and made over 100 White House visits during the times the targeting was occurring. Now we are supposed to believe that Obama knew nothing about the scandal until just recently? This is why the American people have no respect or trust in our government leaders, especially in Obama, our Liar in Chief!

Then it was learned that William Wilkins, IRS Chief Legal Counsel, met with Obama just two days prior to when the IRS policy of targeting tea party and conservative groups was handed down. Furthermore, Carter Hull, a retiring IRS agent, named Wilkins as one of his supervisors who were involved in handing down the targeting directives.

In early 2015, Rep. John Mica (R-FL) accused IRS Commissioner John Koskinen of lying to Congress when he testified that all of the IRS emails had been destroyed, along with the backup tapes. However, members of the congressional committee holding the hearings already knew that some of the backup tapes had not been destroyed and that thousands of IRS emails had been recovered.

Rep. John Fleming (R-LA) initiated impeachment proceedings against Koskinen for his lying to Congress about the IRS emails. I have no doubt that Koskinen most likely deserves to be impeached, but I also believe that Congress needed to start at the top down an impeach Barack Obama years ago. Now, it’s too late. Obama has committed many crimes against the US Constitution, federal law, Congress and the American people and rightfully deserves to be impeached and imprisoned for being THE most corrupt president in American history.