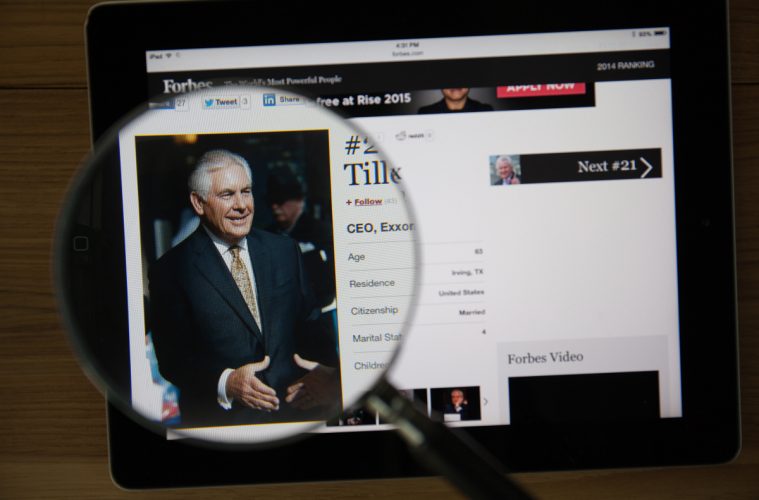 Many critics of Donald Trump, including some career Republican politicians, have indicated that they are concerned about the relationship between Rex Tillerson and Russian leader Vladimir Putin. Due to those concerns, there are indications that the confirmation hearings to approve Tillerson will face stiff opposition.

President-elect Donald Trump announced Tuesday that he intends to nominate ExxonMobil CEO Rex Tillerson for secretary of State, setting up what could be a contentious confirmation process amid bipartisan concerns about the oil titan’s Russia ties.

Trump, in a statement, described Tillerson’s career as “the embodiment of the American dream” — and called him “one of the truly great business leaders of the world” in a tweet.

Tillerson impressed Trump during the two meetings they had in the lead-up to the announcement. Trump called him a “world-class player” during an interview on “Fox News Sunday,” and on Tuesday said he values Tillerson’s “vast experience at dealing successfully with all types of foreign governments.”

Trump has pointed to Tillerson’s relations with Moscow and other political hot spots as a selling point. As ExxonMobil’s chief, he maintained close ties with Russia and was awarded by Russian President Vladimir Putin with the Order of Friendship in 2013, a high honor for a foreign citizen.