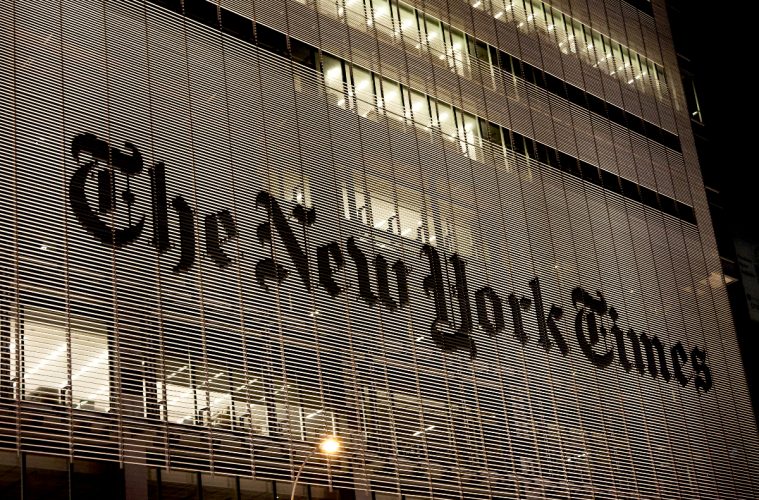 There has been a lot of news lately about ‘fake news.’ Ironically, the issue of ‘fake news’ was made big by liberal journalists and media outlets who themselves have been guilty of using ‘fake news’ to attack conservatives and Republicans. Now the New York Times has joined the ‘fake news’ fray.

The New York Times just hired to cover the Trump White House the Politico reporter busted by WikiLeaks for allowing Clinton campaign chairman John Podesta to vet an article about the candidate.

“Because I have become a hack I will send u the whole section that pertains to u,” Glenn Thrush emailed John Podesta. “Please don’t share or tell anyone I did this. Tell me if I f—ed up anything.”

He surely did in asking a partisan to review his work for accuracy. The request for secrecy in a profession dedicated to transparency indicates he knew as much.

The paper’s public editor Liz Spayd recently scolded reporters for venturing into advocacy on social media and wrote that “as The Times begins a period of self-reflection, I hope its editors will think hard about the half of America the paper too seldom covers.” Publisher Arthur O. Sulzberger Jr. urged the journalists in his employ to “report America and the world honestly, without fear or favor, striving always to understand and reflect all political perspectives and life experiences in the stories that we bring to you” in the aftermath of the shocking presidential election results.