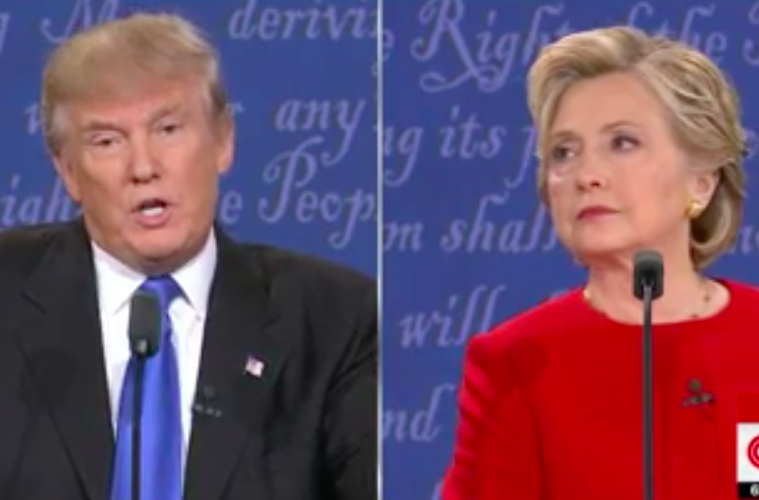 Did You Catch Donald’s Stance on Guns, in the Presidential Debate? You Won’t be Disappointed

Did you catch the debate last night? One of the topics covered in the debate between Hillary Clinton and Donald Trump, was guns and the 2nd amendment.

Trump, as we know, is an advocate for guns and the 2nd amendment.

However, according to the debate aired on CNN, he does want to take the guns away from “bad people.” This would include criminals and illegal immigrants.

He also semi-praised the stop-and-frisk policy, which used to be used in Chicago.

Trump stated, “We have gangs roaming the street and in many cases they’re illegally here, illegal immigrants, and they have guns and they shoot people, and we have to be strong and we have to be vigilant. Right now our police are afraid to do anything.”

He continued on to add, “We have to bring back law and order. Now whether or not in a place like Chicago you do stop-and-frisk, which worked very well, Mayor Giuliani is here, it worked very well in New York. It brought the crime rate very down. But you take the guns away from criminals who shouldn’t be having it.”

Stop-and-frisk is a type of aggressive policing that allows — some say encourages — officers to detain a person on virtually any type of vague suspicion, search that individual without a warrant and arrest the person if any kind of illegal substance or weapon is found. Critics of the program questioned its constitutionality. They also pointed to the fact, documented in several studies, that the policy falls heaviest on black and Latino men.

What do you think about his stance?