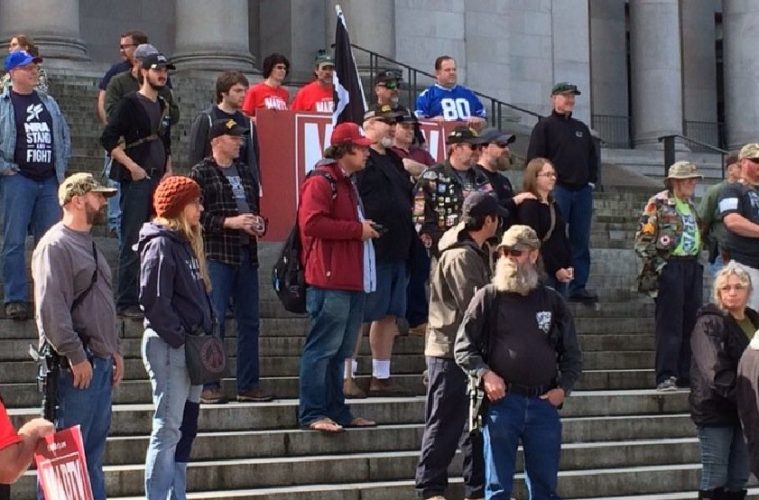 Cascade Mall’s Death Toll Would have been Lower, if Spectators Had Guns

On Saturday, local gun activists rallied at the Capitol building, flooding the front steps.  The rally was peaceful, and led by the Gun Right Coalition. They are upset, because the death toll would have been substantially lower if the Cascade Mall did not ban guns.

Christina Sheppard, one of the present gun-right activists, stated, “If people were allowed to carry and they were trained, absolutely they could have possibly lowered the casualty rate.”

And she is right. Just like how a Somoli terrorist was taken down when he began stabbing people at a mall, when a former police officer and current firearm trainer, saved the day. He was able to do so with the gun on his hip.

“It’s not going to happen,” said Rick Halle with the Gun Rights Coalition. “It just isn’t going to happen. We have 300 million-plus guns in the United States. You can’t take them away.”

Halle continued on to say, “”With the one that happened in Burlington when it comes right down to it, if we’re attacked in a mall, it doesn’t really matter where it is, 99.9 percent of the time the police are not there immediately to respond. We’re in the best position to respond when something happens, if something happens to us. It doesn’t mean we’re out here to start a gunfight, but it means we’re out there to be able to protect ourselves and be able to deter it in the first place.”

Tragedies like these can be prevented, or at least stopped by simply allowing these public places to have guns.