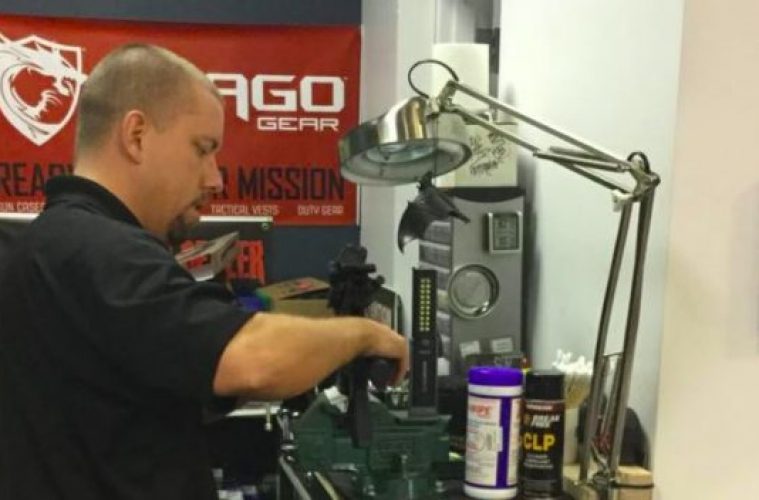 Jason Falconer, owner of Tactical Advantage LLC shooting range, is the man who took down a 22-year-old Somali immigrant who began stabbing people at a St. Cloud Mall, on Saturday.

The terrorist reportedly asked his victims if they were Muslims before stabbing them. Then Falconer came along as an American hero and shot the immigrant.

In addition to owning Tactical Advantage, Jason is also a USPSA shooter, 3-gunner, NRA-certified firearm instructor, former chief of the Albany police department, and still practices as a part-time officer.

The strange thing about this incident though, is that the media is seemingly, and conveniently, leaving out the fact that he is a firearm instructor and trains people how to do exactly what he did.

But Falconer has consistently been identified in the mainstream media only as as a “former police chief” and  “off-duty police officer.”

However, no matter how the media may try to portray him, he is a hero. St. Cloud Mayor, David Kleis, stated, “Clearly he is a hero. Officer Falconer was there at the right time and the right place,” he continued, “None of us ever want to have to do that but that’s what we’re here for, and Officer Falconer’s actions were swift and direct, and in my opinion appropriate.”

Due to his teaching though, it could have just as easily been one of Falconer’s students who took down the terrorist. Thankfully he happened to be shopping at the mall on that dreadful day, ending an incident that could have potentially harmed many more people.