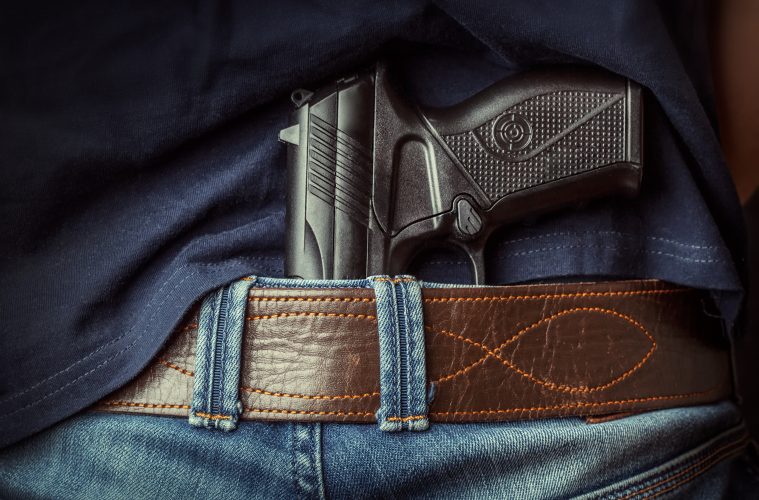 After Governor Terry McAuliffe decided to ban concealed handguns in office buildings owned by the state, on Wednesday, he was hounded by gun activists.   They were saying that the governor’s ban decision could greatly jeopardize public safety. I agree.

The ban stems from an emergency executive order given last year. It was apparently part of a “package” of “safety” measures being taken to reduce gun violence.

“Gun-free zones are a magnet to people who want to do harm; they are a magnet to terrorists,” said Vicki Lindsey from Chesterfield, echoing similar comments made by several other advocates.

An even better reason to allow citizens to tote their gun in, as long as they have a carry permit. If it attracts psychos, then should we not arm ourselves in preparation?

Despite the hell raised by gun advocates, the ban is not very likely to be lifted or reversed. While the conservative lawmakers have already announced how wrong McAuliffe’s order is, they simply do not have enough votes to pass a veto-proof legislation, which could have reversed the ban.

Philip Van Cleave, president of the Virginia Citizens Defense League, said public opinion is overwhelmingly against McAuliffe’s proposal. He said McAuliffe’s order punishes law-abiding citizens and noted that concealed-carry holders have to pass a criminal background check to get a permit.“It’s just political overreach,” he said. “This does not make the public safer.”

Virginia director of Coalition to Stop Gun Violence,  Lori Haas, also does not think that concealed carrying is helpful. According to her, permit carrying Americans were not required to take any training, therefore the public should just leave everything up to the police. I’m going to take a wild guess and say that Lori is a liberal.