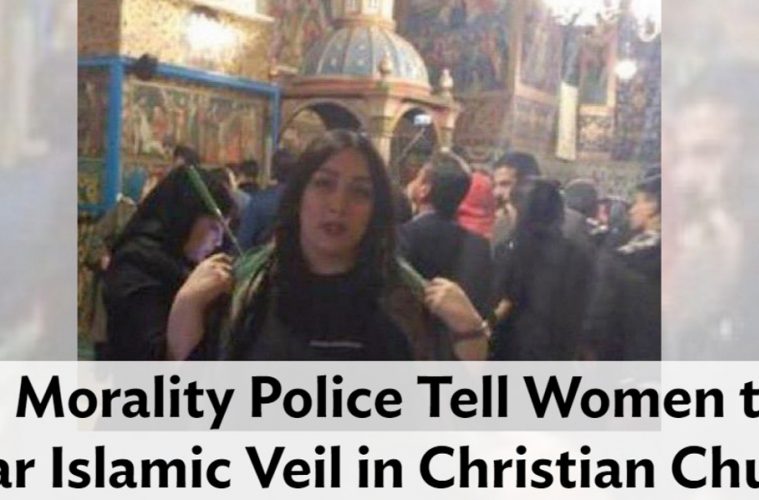 For the past several decades, Muslims coming to the United States keep telling us that they have no intention of changing our way of living, our laws, or anything about American society. All they want to do is come here and enjoy the American way of life, but is that true?

Muslims also claim that they are truly a religion of peace and that they do tolerate other religions, but is that true?

We’ve seen a number of examples here in the US to say that the first argument stated above is not true. Dearborn, Michigan is the largest enclave of Muslims in the US and the culture in the area has been changed and is still changing to become more Muslim and less American. Some streets in Dearborn might make one think they are in a Middle Eastern city since all of the store signs are in Arabic. The local high school holds a girls only prom, just for Muslim girls, since their religion forbids them from attending social events like dances with boys.

In Pennsylvania, a man was charged with physically assaulting another man. The victim, Ernie Pierce, had dressed up as a zombie Muhammad for Halloween. Talaag Elbayomy was watching the Halloween parade and when he saw Pierce he attacked him. He hit Pierce, knocked him to the ground and began kicking him. A police officer witnessed the attack and arrested Elbayomy. At his trial, Judge Mark Martin not only acquitted Elbayomy of the charges, but he verbally blamed Pierce for what happened and chastised him for blaspheming Islam. It turns out that Judge Martin had previously converted to Islam and was ruling from his Pennsylvania bench based upon his Islamic belief and NOT on American law.

When the Muslim Brotherhood took control of Egypt with the help of Barack Obama, they informed the nation’s Coptic Christians that they had to either convert to Islam, pay an exorbitant tax or leave the nation. Before many could respond or pay the tax, police and military personnel began carrying out attacks against thousands of Egypt’s Coptic Christians. Christian men were beaten, killed and some set on fire. Christian women were sexually attacked, raped, beaten and killed. Christian churches, businesses and homes were burned to the ground, all with the approval of the Egyptian government backed by Obama.

Now we are hearing reports from Iran where the nation’s morality police have been trying to force Christian women to abide by Islamic customs:

“Members of Iran’s morality police are pressuring women into wearing the veil inside Christian places of worship.”

“Visitors reported being lectured on whether or not their hijab was ‘appropriate’ as they entered the Christian sanctuary, part of the Armenian Orthodox Church.”

Iran’s morality police have been documented violently arresting and beating women who do not comply with the national Islamic law that requires every woman ‘must wear a veil, in accordance with their interpretation of Islam’. Even if they are not Muslim, they are being forced to comply to the Muslim laws, even if the symbolism is offensive to the faith of another.