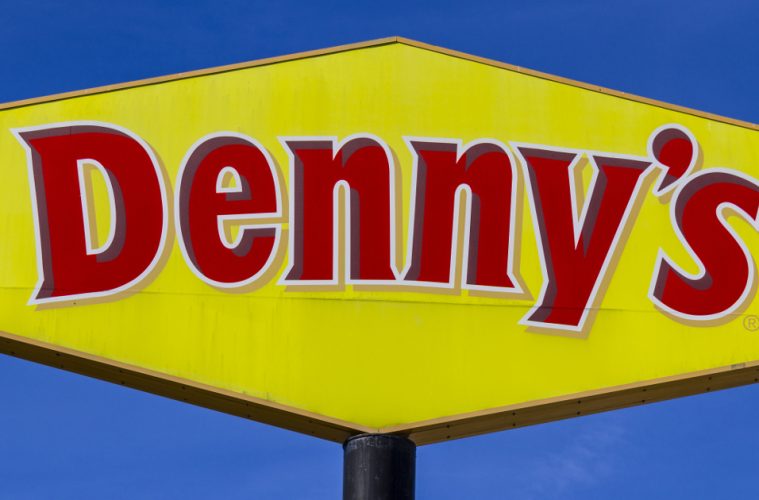 In Texas, there are two laws, known as 30.06 and 30.07 that restrict carrying a firearm on business properties.

“By state law, the owner of a private property may forbid Concealed Carry weapons in or on their premises by posting a sign stating: ‘PURSUANT TO SECTION 30.06, PENAL CODE (TRESPASS BY LICENSE HOLDER WITH A CONCEALED HANDGUN), A PERSON LICENSED UNDER SUBCHAPTER H, CHAPTER 411, GOVERNMENT CODE (HANDGUN LICENSING LAW), MAY NOT ENTER THIS PROPERTY WITH A CONCEALED HANDGUN’.”

“Property owners can also forbid Openly Carried weapons by posting a sign stating: ‘PURSUANT TO SECTION 30.07, PENAL CODE (TRESPASS BY LICENSE HOLDER WITH AN OPENLY CARRIED HANDGUN), A PERSON LICENSED UNDER SUBCHAPTER H, CHAPTER 411, GOVERNMENT CODE (HANDGUN LICENSING LAW), MAY NOT ENTER THIS PROPERTY WITH A HANDGUN THAT IS CARRIED OPENLY’.”

Texas law leaves these restrictions to the business owner to decide from themselves if they want to allow their customers or clients to be able to exercise their 2nd Amendment rights or infringe upon them. If the business owner decides to infringe on their customers’ or clients’ 2nd Amendment rights, they are required by law to post a sign for which ever code they are enforcing.

However, the signs for both appear very similar. The only real difference is the wording, which one has to take time to read to see if the business is enforcing a complete gun ban (Code 30.06) or just a ban on open carry (30.07). Upon first glance, most people mistake a 30.07 sign to indicate the business is a gun free establishment, when in fact it is not. Wacko’s are also liable to make the same mistake and decide to target a 30.07 establishment thinking it to be a relatively safe target for them.

Over the past weekend, a person associated with Gun Watch, took his daughter and two grandkids to a nearby Denny’s for breakfast. He carries Glock 17 with him. He noticed a sign on the front door and took the time read it. It was a 30.07 sign, meaning that he could not openly carry his Glock 17 into the restaurant, so he made sure the gun and holster were hidden under his vest before entering and enjoying breakfast with the family. On his way out of the restaurant, he mentioned to the person at the register that he was offended by the sign.

Reading his account of his Saturday morning breakfast with his daughter and two grandkids, the horrible 1991 shooting massacre that took place at a Luby’s restaurant in Killeen, Texas, came to mind. At the time, Texas law forbid concealed carry weapons in many public places including restaurants. Suzanne Hupp, being the law-abiding citizen she was, locked her concealed carry handgun in her car before entering the restaurant with her parents. They were enjoying their meal when George Hennard entered the restaurant and began shooting. When it was over, 24 people were dead and 20 more were wounded. Hupp’s father and mother were 2 of the people killed. She knew that if she had her gun with her, that she had several opportunities to shoot Hennard and save some of the patrons, including her mother for certain.

The concern is, will crazy wackos be as discerning about the sign posted at the Dallas Denny’s or will they misinterpret it to mean a gun free zone, making it a target for their next horrific act of violence? If they do, one can only hope that someone will be dining inside, like the man from Gun Watch, who will have their concealed carry weapon still with them.