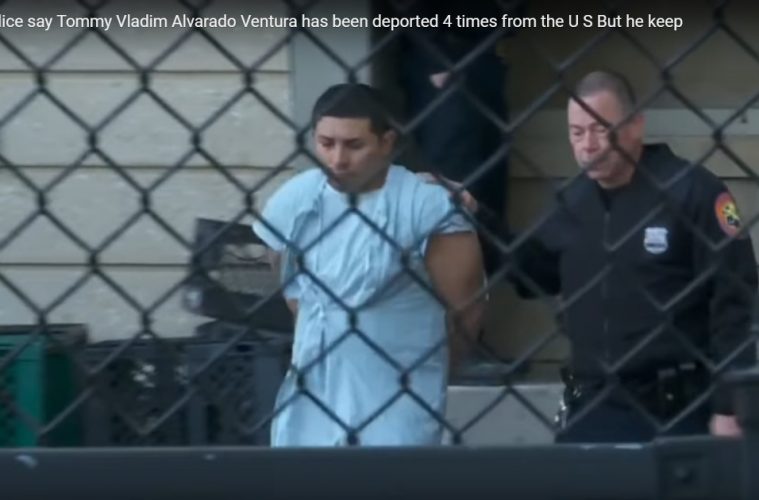 Barack Obama was so concerned about winning elections that he threw the American people to the wolves, without caring who got attacked, injured or killed. He did this by intentionally relaxing border security and then allowing millions of illegal aliens to remain in the US. Not only did he allow them to stay here, but he also orchestrated the release of thousands of illegals back onto America’s streets, who had been convicted of felonies. The millions of Obama’s illegals took jobs away from American citizens, depleted local, state and federal budgets by receiving benefits they should not have received. Then to top it off, Obama’s administration worked hard to provide the means for millions of illegal aliens to illegally cast votes in November’s election. Some sources still claim that as many as 3 million illegals or non-citizens, cast votes in the election and since the majority of them were cast for Hillary Clinton, chances are without those illegal votes, Trump would have also won the popular vote. Bottom line is that Obama sacrifice of Americans almost worked.

When Donald Trump was running his campaign, he was blasted by Democrats and the liberal mainstream media when he characterized illegals as being criminals. Technically, he was right because the very term ‘illegal alien’ means that they have broken the law by coming or staying in America.

We’ve brought many accounts of crimes, many horrible and vicious, that have been committed by illegal aliens. One of the more notable was the shooting death of Kathryn Steinle. The 32-year-old woman was enjoying some time with her father, walking on a pier in San Francisco when an illegal shot and killed her. She collapsed and died in her father’s arms, something no parent should ever have to experience. The man who shot her, Francisco Sanchez had previously been deported 5 times and was again free to walk the streets and take the life of beautiful young woman because of San Francisco being a sanctuary city. I have contended that Steinle’s blood and death is on the hands of Obama for failing to secure the border, not enforcing immigration laws to the extent his oath of office dictated and for taking action to prevent sanctuary cities.

To add support for Trump’s depiction of many illegals, we present the case of Tommy Vladim Alvarado-Ventura, an illegal from El Salvador, currently residing in Hempstead, New York, located on Long Island. The 31-year-old illegal had been deported 4 times and yet managed to re-enter the US thanks to Obama’s lack of border security.

Earlier this week, Ventura was babysitting his girlfriend’s 2-year-old late at night while she was working. With a 4-year-old boy and another person in the apartment, he abused the girl, hitting her. Angrily, he left and went to a bar where he drank heavily for about 2 hours. After getting in an argument with a woman in the bar, he followed her out and attacked her, hitting and kicking her before stabbing her multiple times. The woman was taken the hospital for her many stab wounds, bruises and a collapsed lung.

Ventura returned to his girlfriend’s apartment before police arrived at the bar. When she got home from work, they got into a fight over the injured 2-year-old. Again, Ventura pulled a knife and began repeatedly stabbing his girlfriend. She managed to grab the two kids and flee to a neighbor’s apartment, where she called 9-1-1. When police arrived, they found Ventura, a member of the notorious and vicious MS-13 gang, passed out from drinking so much. He was arrested and is being held without bail.

The 2-year-old was transported to the hospital where she underwent surgery to repair her many wounds, inflicted by one of Obama’s illegals. She is expected to survive.

Ventura has been charged with predatory sexual assault, attempted murder, assault and illegal weapons possession. He plead not guilty, despite the overwhelming evidence. If found guilty of the charges, he could receive up to a life sentence.

How many Americans have to become tragic victims of illegal aliens before liberal Democrats will see the seriousness of their actions? Perhaps they’ll only change their views on illegal aliens if they or one of their family become one of the victims of an illegal alien. It’s sad to think that’s what it will take to make them see the truth.