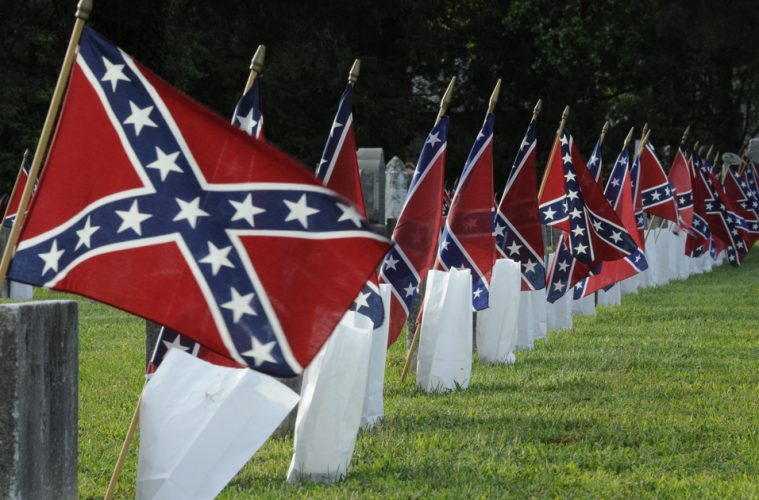 While a majority of the March Madness action occurs on the court, one particularly disenfranchised group in the south is scoring points for their cause outside.

For decades, the “tolerant” left in America has waged a war of censorship against the history of The South, all stemming from their defeat in the War of Northern Aggression, commonly known as the Civil War.  While many a northern textbook will purport to prove that the war was fought to end the act of slavery, the truth is a much more complicated web of states’ right, manifest destiny, and the Constitution.

In the modern age, the Confederate battle flag, or “Stars and Bars”, has been incorrectly and unfairly tied to slavery, and has been misappropriated by hate groups and violent racists who have no desire to inform themselves on the history of the flag.  Rather, they enjoy feeding into the stereotypes put forth by the left in order to exploit the flag to strike fear into the bleeding hearts of their liberal enemies.

Unfortunately, that has left many of the historically-minded southern scholars with a poor reputation for wishing to display the Stars and Bars in order to commemorate those who fought and died in the Civil War.  Now, those learned Americans are fighting back against those unfair and asinine assumptions with protests aimed at the spring’s largest stage:  March Madness.