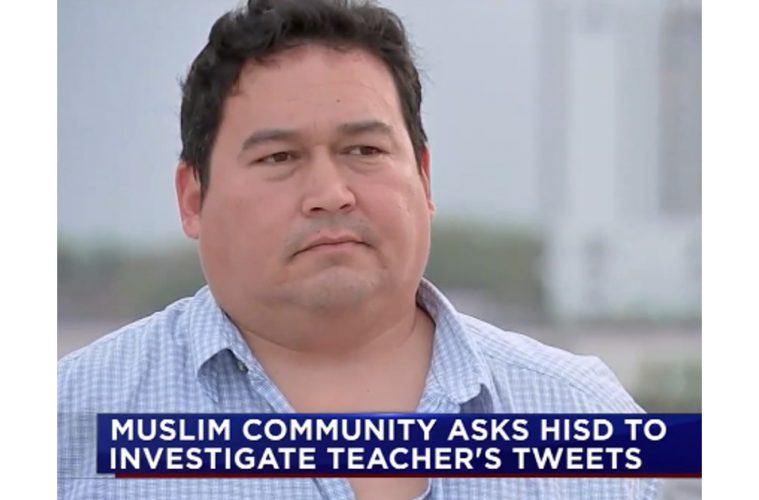 Guess What This Christian And Patriotic Teacher Was Suspended For?

If you are a teacher who happens to be a Christian, conservative and patriotic and you teach in the public school system, you have no 1st Amendment rights to freedom of speech or religion, even when you are away from school on your own personal time!

Hundreds of teachers are allowed to walk into classrooms and berate Christian students and even blaspheme against God and Jesus. We know of one teacher who opened up his class on the very day of school and asked how many students were Christians. He had them raise their hands. Then he boasted that by the end of his class, none of them would still believe in such archaic and absurd superstitions. When reported to school officials, nothing was done.

In another instance that we are personally aware of, a student objected to a lesson that would cause her to violate her Christian faith. In class, in front of all the other students, the teacher went ballistic and spent over 5 minutes shouting at the girl, calling her all kinds of names and completely humiliating her in front of all the other students. The girl was in tears. When her parents confronted the teacher, he told them there is no room in this world for such nonsense and that she belonged in some private school that coddled to stupid people. The parents went to school officials who stood by the teacher and told them that was the teacher’s right and that perhaps their precious little daughter would be better off in a private school. The parents ended up homeschooling her since they could not afford a private school. We found out later that the girl did better under home schooling and was awarded with an academic scholarship to a prestigious university.

On the college level, it can be even worse. A good friend and former co-worker was pursuing a college degree in geology at a major secular university. His adviser, who was also teaching the freshman class on geology announced to the entire class that any creationists should withdraw from his class now as he will not pass them or allow them to graduate with a geology degree because of their faith. Our friend kept his faith hidden and managed to graduate.