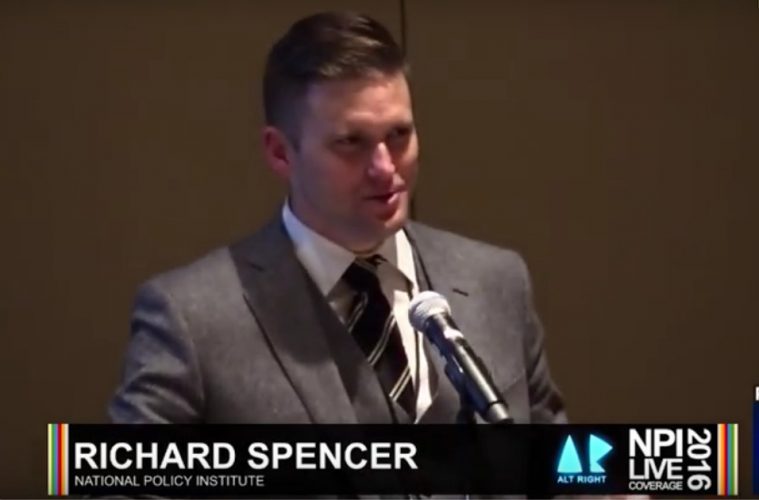 Richard Spencer, a major figure in the so-called alt-right movement and head of the white nationalist National Policy Institute, may be facing trouble from the IRS.

An inquiry led by the Los Angeles Times found that IRS records indicated that Mr. Spencer may have not filed the proper paperwork to raise funds for the think tank for three years running, causing the group to lose its 501(c)(3) nonprofit status. The investigation also found that Spencer may have violated IRS rules that forbid nonprofits from expressing support or opposition for political candidates during an election year.

Spencer remains one of the most prominent white nationalist figures in the United States. He told the LA Times that he plans to appeal the IRS decision to remove the institute’s tax-exempt status.

“I don’t know what to say. I don’t want to make a comment because I don’t understand this stuff,” Spencer said. “It’s a bit embarrassing, but it’s not good. We’ll figure it out.”
READ MORE HERE