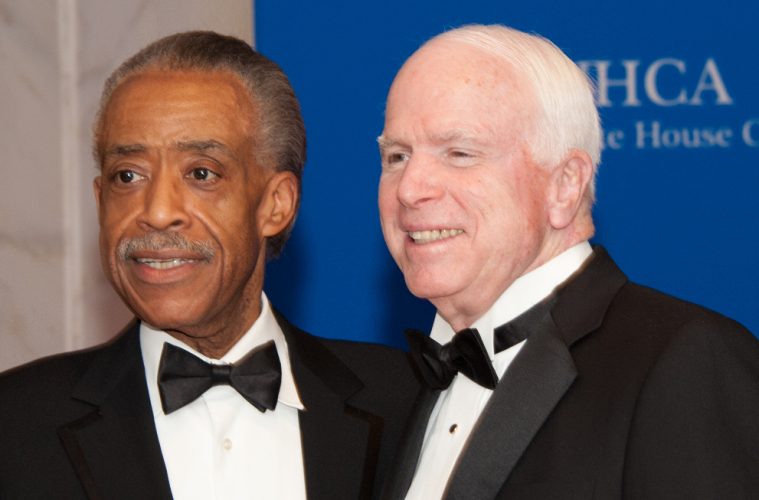 McCain Demands Trump Put Up or Shut Up on Wiretapping Claim

Sen. John McCain (R-AZ) has been turning more liberal since losing the 2008 presidential election to Barack Obama. He has repeatedly taken the side of liberal Democrats and is doing so again by demanding that President Trump provide his evidence for his claim of being wiretapped or retract the claim and shut up about it. What McCain fails to consider is that maybe Trump is keeping quiet about the evidence until the appropriate time to divulge his evidence to the proper investigative authorities.

McCain is one of several top lawmakers in Congress to call on Trump to provide evidence of his unsubstantiated claim that Obama ordered Trump’s communications monitored. The senator’s call for more information follows a request from two leading members of the Senate Judiciary Committee for “copies of any warrant applications and court orders — redacted as necessary … related to wiretaps of President Trump, the Trump Campaign, or Trump Tower.”