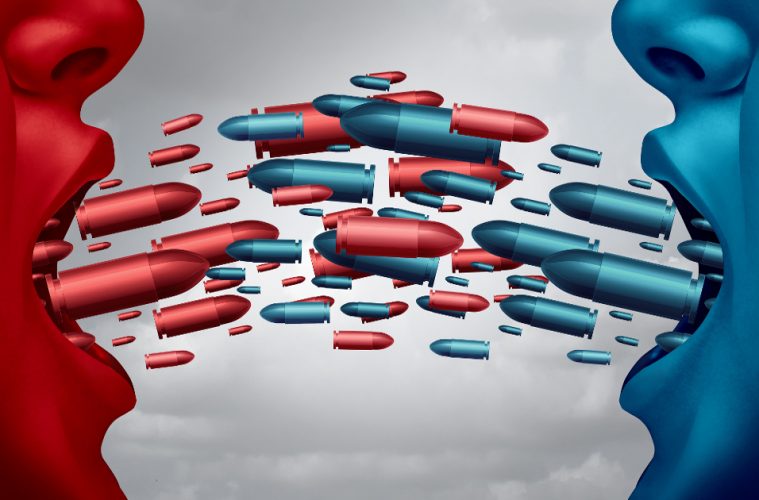 Generally, when you hear the term ‘irreconcilable difference’, you think of a married couple getting a divorce who not only no longer love each other but differ on many, if not all, of the major issues in their lives. The couple no longer have any common ground on anything that they can agree on and feel that it is best for both members of the marriage to divorce and go their separate ways.

According to LegalDictionary.com, irreconcilable differences is defined as:

“The existence of significant differences between a married couple that are so great and beyond resolution as to make the marriage unworkable and for which the law permits a divorce.”

“The usual basis for granting a divorce (dissolution) in no-fault divorce states. If one party says the marriage in irreconcilable and refuses to reconcile then such differences are proved to exist.”

Synonyms for irreconcilable differences are:

When you think about Washington politics today, all of those definitions and synonyms come to mind. Both parties may say that they want to work together in a bipartisan way, when in fact, the relationship between conservatives (Republicans) and liberals (Democrats) is best described as irreconcilable differences and a new study reveals that to be true.

The American Culture & Faith Institute conducted a survey which clearly displays the deep divide between the two warring political factions in our nation. One interesting facet of the survey is that the single most important issue causing the irreconcilable differences between the two political worldviews has to do with one’s worldview of God.

In the survey, WORLDVIEW SURVEY REVEALS “IRRECONCILABLE” DIFFERENCES BETWEEN CONSERVATIVES AND LIBERALS, they asked 20 key questions. Their report states:

Drawing from a nationwide survey of adults that measured how many people have a biblical worldview, the research discovered that people who are politically conservative are more than twice as likely as those who are politically liberal to have biblical positions on the twenty belief indicators tested by ACFI. In addition, the survey found that political conservatives are about 60% more likely to hold biblical positions on those indicators than are those who qualify as politically moderate.

There were 15 belief statements among the 20 included in the survey for which conservatives were substantially more likely than liberals to hold a biblical point of view – that is, a difference between the two groups of at least 25 percentage points. Those included the following differences:

With these results, is it any wonder that Democrats and Republicans are not only unwilling to work together, but are unable to find a way to work together? It’s like the proverbial glass half full of water. Conservatives see the glass as half full and liberals see the glass as half empty and you’ll never get either side to switch views. This explains why several years ago, then Senate Majority Leader Harry Reid (D) refused to even read 11 of the 12 jobs bills sent to the Senate by the GOP led House.

As the report stated:

It also explains why so many liberals are up in arms over everything President Donald Trump says and does. It often has nothing to do with what he actually does or says, but has everything to do with the irreconcilable differences between the two political factions, and until something breaks this deeply divided feud, nothing will ever be accomplished without major turmoil, bickering and lawsuits.