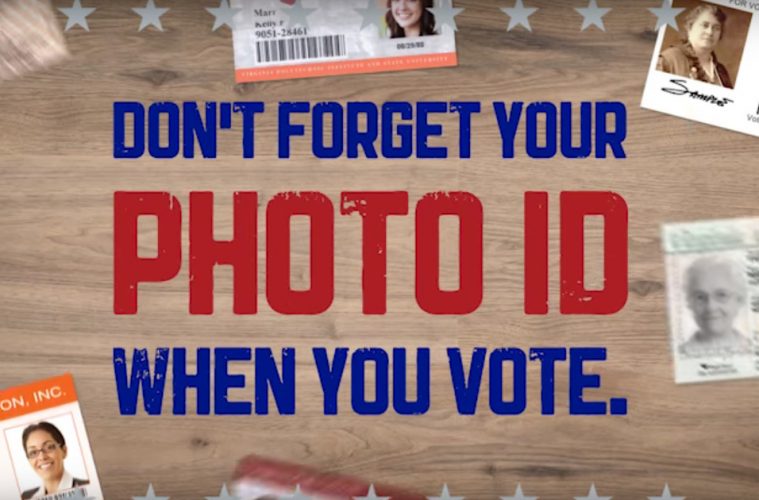 In today’s world, you need some form of identification to do almost anything. You need an ID to buy a car, obtain auto, home and health insurance, conduct any type of banking or financial transactions, buy a gun, home, boat, motorcycle and obtain any form of government assistance.

In fact, liberal Democrats are trying for force every American who already owns a firearm to submit their identification and other information, even though it’s a constitutional right to own a firearm.

However, when it comes to another constitutional right, voting, they believe that any law requiring any form of identification is unconstitutional. Even after the US Supreme Court struck down parts of the voter rights laws and ruling that states do have the right to require voter identification in order to cast their ballots, liberal Democrats mounted legal challenges against many of those laws.

Obama’s Justice Department filed lawsuit after lawsuit against any and all voter identification law passed. The questionable aspect of their actions was that the harder Obama and his minions fought against voter ID laws, the more incidents of Democratic voter fraud surfaced. To anyone with a brain, it seemed that the Obama administration was going to great lengths to secure the means of committing extensive voter fraud.

One of those extremes is still a matter of controversy over last November’s election. Obama forced states to issue valid driver’ licenses to illegal aliens. Arizona passed a law forbidding illegals to obtain driver’s licenses on the grounds that it provided a pathway for illegals to register and vote illegally. Obama’s Justice Department henchmen took them to court where a liberal judge overturned the law. In states Oregon and California (which is home to several million illegals) Democrats passed laws to automatically register everyone to vote who obtained or renewed a state driver’s license. Some are still contending that as many as 3 million illegals and non-citizens voted in the November election and that most of them voted for Hillary Clinton. If proven and those votes were stricken from the official tallies, then Trump would have won the popular vote as well as the Electoral College vote.

With the presidential turnover, the federal government, i.e. Justice Department is taking a completely different view of voter ID laws.

In 2011, Texas passed one of the strictest voter ID laws in the nation. The law requires everyone to show a valid state driver’s license, passport or other acceptable government issued ID containing a photo, before they would be allowed to vote. in 2013, the Obama Justice Department filed a legal challenge to the Texas law, and was granted a temporary blockage of enforcement of the new voter ID law.

They claimed that it discriminated against minority voters who did not have valid photo IDs. However, that is a strawman argument because many of the minority people referred to have to have some form of ID in order to obtain the government assistance they receive. The very charge of these minorities being unable to obtain a proper ID is not only discriminatory in itself but it’s demeaning and insulting to those minorities as it implied that they are incapable of obtaining an ID.

Earlier this week, Trump’s Justice Department dropped the main objection to the Texas voter ID law. They informed the judge that the complaint claiming the law was enacted with discriminatory intent was being withdrawn.

Either way, the change in position of the Justice Department is refreshing for conservatives and Republicans who only want the law to reduce any further chances of voter fraud on the part of anyone regardless of political party.