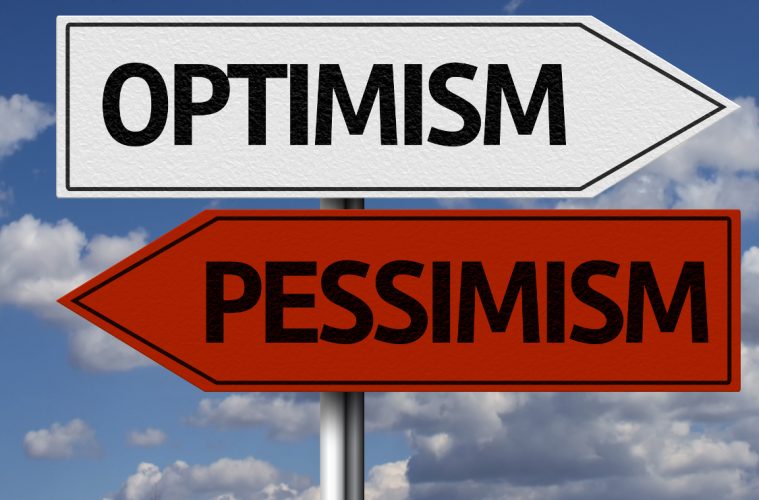 Polls Indicate Public Optimism Under Trump and Pessimism for Media

Most of the media has been filled with one gloom and doom poll after another. They gloat over polls that show that President Donald Trump has a low approval rating and high disapproval rating.

The liberal mainstream media often uses these negative polls to claim that the Trump presidency is already a dismal failure, even before it began.

However, that trend of negative polls may be changing towards the positive, if only liberals and Democrats would listen to the American people.

On Monday, the day before Trump delivered his address to a joint session of Congress and the nation, Fox News Poll released the results of their latest poll that indicate trust in the military and distrust for the media.

When asked about confidence in the military, 96% expressed some sense of confidence. That high mark followed on the news that Trump was promising to rebuild the military and ask Congress for a large increase in military spending to accomplish his promise. The response broke down to 67% had a great deal of confidence and another 29% had some confidence.

The poll also indicated that confidence in the US Supreme Court rose from 69% in 2014 to 83% in February. Chances are that increase in confidence was based on the hope that Neil Gorsuch will be confirmed as the newest member of the high court.

Confidence in President Trump barely edged out the confidence shown for Obama in 2014 by 1 percentage point. However, while most of the liberal media report approval ratings below 50%, the Fox News Poll revealed that 53% of the people have confidence in the President.

In 2014, Congress only garnered 39% confidence in a Fox poll, but with Republicans in control, that confidence jumped up to 53%. That’s the first poll I’ve seen in a long time that had a greater than 50% confidence or approval for Congress as under Obama, their approval rating dropped to single digits, the lowest in history.

When asked, they had confidence in the media, only 44% said they did. Of all the categories the poll asked, the media had the lowest confidence rating of all, which should tell them that that the majority of the people don’t trust the media and have little confidence in their ability to report the truth on many major issues.

The polls that are really surprising come from a couple of liberal media sources as reported by Politico:

“The early reaction to President Donald Trump’s address to a joint session of Congress could hardly have been more clear: the speech was a hit with viewers.”

“A CBS News/YouGov poll of people who watched the address found 76 percent of viewers approved of the speech and 82 percent found it ‘presidential.’ Seventy-one percent of viewers — and even 36 percent of Democrats — found the speech ‘unifying,’ according to the poll. A CNN/ORC poll of speech-watchers found about 70 percent made them feel more optimistic about the direction of the country and nearly two-thirds felt Trump had the right priorities.”

“Both the CNN/ORC and CBS News/YouGov polls surveyed respondents initially contacted earlier who said they planned to watch Tuesday’s speech. As a result, they don’t reflect the opinions of Americans at large. For example, 39 percent of speech-watchers surveyed by CBS News/YouGov identified as Republicans, but only 23 percent said they were Democrats. The CNN/ORC sample was comprised of 33 percent Republicans, 28 percent Democrats and 39 percent independents.”

While Politico tried to downplay the positive results of the polls, note that 38% of those responding to the CBS News/YouGov poll were neither Republicans nor Democrats. If only 39% of the respondents were Republicans, but 76% approved, that still leaves 37% of non-Republicans that approved of his speech. That’s nearly as many as the Republicans. Is it possible that more non-Republican Americans are starting to come around see the positive things that Trump is doing for America?