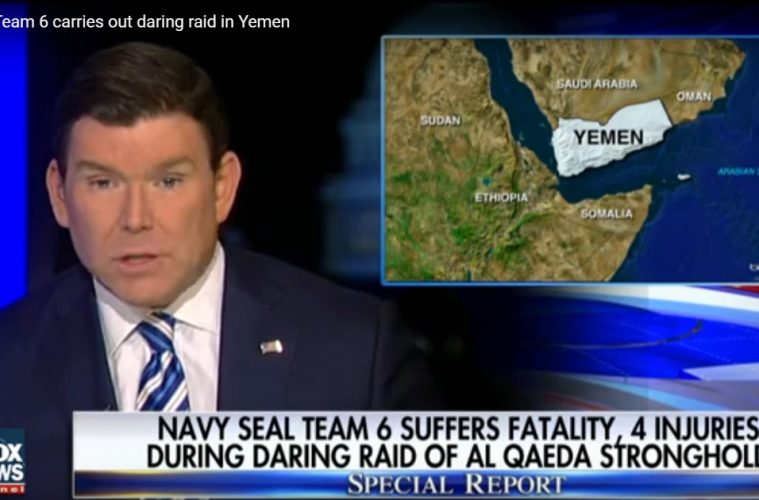 Trump Likely to Support Investigation into death of Navy SEAL

The father of the Navy SEAL killed in a Yemen raid is asking for an investigation into his son’s death. The media has been blaming President Trump, since it was the first American casualty under his presidency. The White House is saying that they believe Trump will support an investigation into what happened and what went wrong with the mission.

A senior White House spokeswoman said Sunday that she thinks President Trump will support an investigation requested by the father of William “Ryan” Owens, a Navy SEAL, into the circumstances surrounding his death during a raid on al-Qaeda last month in Yemen.

Sarah Huckabee Sanders, the principal White House deputy secretary, offered that assessment during an appearance on ABC News’s “This Week” in which she was asked to respond to a request by Bill Owens in a Miami Herald interview for an investigation related to his son’s death.

“I haven’t had the chance to speak with him directly about that, but I would imagine that he would be supportive of that,” Sanders said of Trump.

The raid — billed as an intelligence-gathering operation on the militant group — turned into an hour-long gunfight as Navy SEALs and troops from the United Arab Emirates clashed with well-entrenched al-Qaeda fighters. Owens reportedly died in the exchange of gunfire. Five other service members were wounded by hostile fire and a hard landing after a Marine transport aircraft crashed near the raid site.