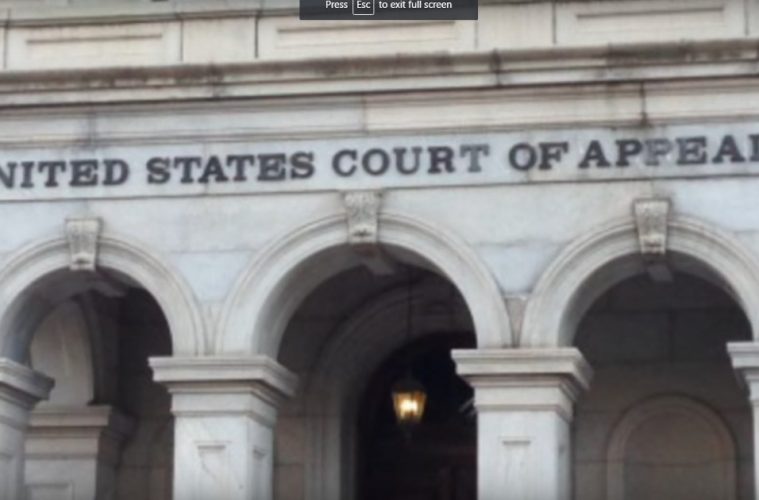 In 1975, the District of Columbia passed the Firearms Control Regulations Act which banned possession of all handguns in Washington DC. The act also required that all other guns, including rifles and shotguns be stored unloaded and either secured with a trigger locking device or disassembled.

In 2002, the CATO Institute spearheaded a drive to launch a lawsuit against the DC Firearms Control Regulations Act on the premise that it violated the Second Amendment rights of DC citizens. After screening a number of possible plaintiffs, they focused their attention on Dick Anthony Heller, a member of the DC police Department.

As a police officer, Heller was licensed to carry a loaded handgun into any federal office building including courthouses. Yet, under the DC law, he was not allowed to have a private handgun at his home. Furthermore, he was not allowed to have any ready to use gun at home to use for self-defense, which was a problem as his neighborhood had changed from being a family friendly area to a high crime area with a lot of drug trafficking and use. Heller had approached the NRA to help challenge the DC law, but the NRA turned him down, so when CATO expressed interest, Heller jumped at the chance.

In 2003, Heller and five others filed a lawsuit challenging the DC law. Their suit first went to the District Court for the District of Columbia. However, the lawsuit was dismissed by one liberal judge, District Court Judge Ricardo Urbina. An appeal of the dismissal was quickly filed and the US Court of Appeals for the DC Circuit re-instated the lawsuit with a 2-1 decision.

The Court of Appeals also struck down some of the key provisions of the Firearms Control Regulation Act as being unconstitutional. The lone dissenting judge, Karen Henderson wrote that the Second Amendment did not apply to the citizens of Washington DC as the amendment only relates to militias of the state and not to private citizens.

Henderson’s argument has been and still is being used by liberals to restrict gun ownership of American citizens. What they fail to understand was at the time the Constitution and Second Amendment was written, the people were the militia and were often called upon for various military-related issues.

In 2007, DC Mayor Adrian Fenty and the District government petitioned the court to rehear the case, but the Court of Appeals refused the request. Consequently, the case was then taken to the US Supreme Court.

In 2008, the US Supreme Court issued their landmark decision in which they ruled that the Second Amendment does protect an individual’s right to possess a firearm even if they are not part of any formal state militia. The ruling also stated that they were allowed to possess firearms in the home for the use of self-defense. In their ruling, the Supreme Court struck down the Firearms Control Regulation Act.

In the meantime, Maryland passed a ban on ‘assault weapons’ and ‘high capacity magazines’. That law was also challenged in court on the grounds that it violated the Second Amendment rights of the citizens of Maryland. The case of District of Columbia v. Heller, et. Al., was part of the defense argument presented in the case.

Earlier this week, the Fourth Circuit Court of Appeals voted 10-4 to uphold the Maryland law banning assault weapons and high capacity magazines. According to the National Review:

“Freed up by the Supreme Court’s ongoing reluctance to engage in depth with the Second Amendment, the Fourth Circuit has taken it upon itself to rewrite Heller en banc. In a 10–4 decision, issued yesterday afternoon, the court upheld Maryland’s ban on both ‘assault weapons’ and ‘high capacity magazines.’ By so doing, it deprived the people of Maryland, the Carolinas, and the Virginias of the core protections to which the Constitution entitles them.”

“…Perhaps the Fourth Circuit has forgotten where it sits in the pecking order. Or perhaps the Fourth’s majority is unfamiliar with Caetano. Certainly, its grasp of Heller is wanting. In pushing back against the majority’s newfangled test, the dissenters correctly note that ‘Heller in no way suggests that the military usefulness of a weapon disqualifies it from Second Amendment protection. That is the majority’s singular concoction.’ Indeed it is. As for Heller’s ‘common use’ and ‘dangerous and unusual’ standards, both of those are thrown casually out the window. The evidence, notes Judge Traxler, leads one to the ‘unavoidable conclusion that popular semiautomatic rifles such as the AR-15 are commonly possessed by American citizens for lawful purposes within the meaning of Heller.’ Moreover, the record ‘shows unequivocally that magazines with a capacity of greater than 10 rounds are commonly kept by American citizens, as there are more than 75 million such magazines owned by them in the United States.’ But the majority doesn’t care about that, choosing to apply only the ‘military’ standard that it has invented. Evidently, it does not matter to Judge King that the standard in Heller is ‘dangerous and unusual’ [italics mine] — i.e. that commonly owned, ‘usual’ weapons cannot be prohibited on the grounds that they are particularly lethal. Nor, apparently, is King concerned that the Court ruled in Caetano that ‘the relative dangerousness of a weapon is irrelevant when the weapon belongs to a class of arms commonly used for lawful purposes.’ He and his colleagues had a conclusion to reach, and by gum were they going to get there.”

Undoubtedly, the decision of the Fourth Circuit Court of Appeals and their reasoning will be appealed to the US Supreme Court. This could and probably will be the most important test of the Second Amendment in our lifetimes and will define the gun rights of all Americans for years to come.