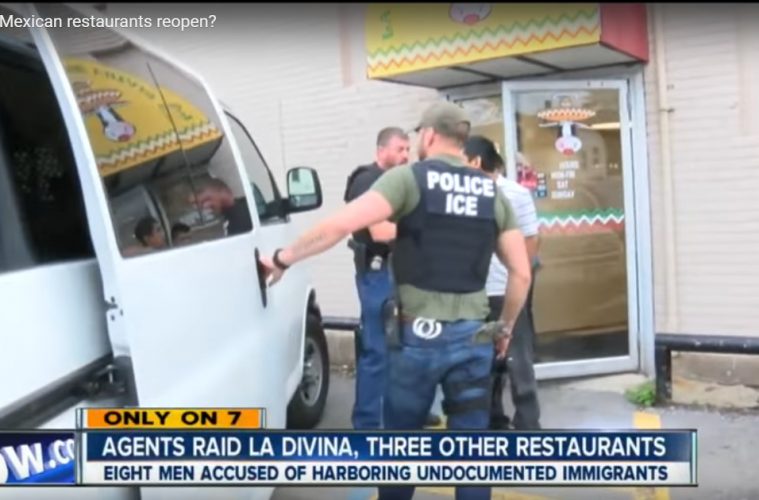 Did You Know Obama’s Immigration Raids Closed Restaurants BEFORE the Election?

The liberal mainstream media is having a field day reporting about the few illegal aliens being arrested for deportation. They talk about how terrible Trump is by breaking up families and threatening businesses. Every day, the news is filled with images and interviews with protesters and illegals. The reports are given in such a way as to vilify President Donald Trump and make him to be some unfeeling, cold-hearted bigoted hater.

Last week, the same liberal mainstream media made a spectacle of a nationwide liberal protest called ‘Day Without Immigrants.’ It’s a clear example of how biased the liberal news is because nothing Trump has done even suggests that he’s against legal immigrants.

Thousands of American citizens, legal and illegal immigrants walked off their jobs and out of classrooms all across the nation in protest against Trump and his executive order. The mainstream media reported on the thousands of protesters and they reported on how some restaurants and other businesses closed for the day in solidarity with the Day Without Immigrants protest. Ironically, one restaurant fired 12 Hispanic workers for not showing up to work in order to take part in the protest. They now say it’s unfair that they were terminated, but no one looks at it from the perspective of the employer who has a restaurant to open and run. If workers are excused for just not showing up to work for what they believe to be a worthwhile cause, then how can any employer rely on his staff to show up any day? Liberals can find an excuse to protest every day, so how many days should employees be allowed to just not show up for work and leave the employer stranded?

Trump fully supports legal immigration and legal immigrants already here. His executive order to stop immigration and acceptance of refugees was only TEMPORARY in order to improve and tighten the vetting system used to screen legal immigrants and refugees. There are several examples of how the vetting system used by the Obama administration failed to keep out some individuals who should never have been allowed to enter the United States. I speak specifically of Tashfeen Malik and several others like her.