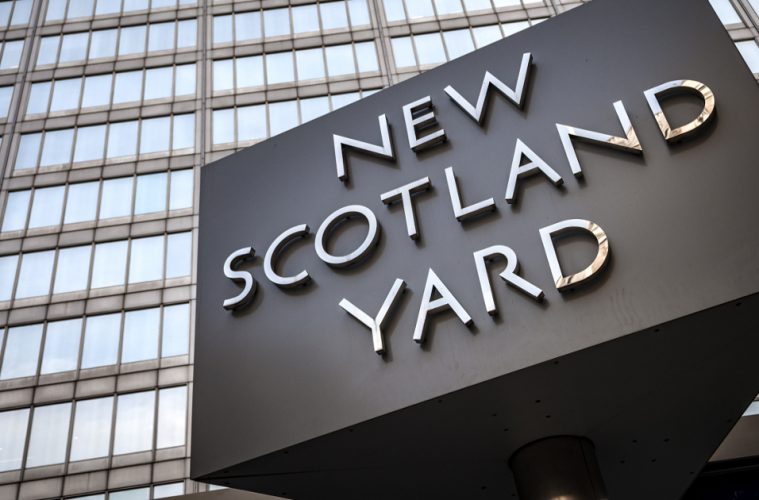 Why Do UK Police Want More Firearms Capability in Nation with Such Strict Gun Control Laws?

After World War I, lawmakers in Great Britain, especially England, began passing more and more gun control laws. According to some sources, they now have the strictest gun control laws in the world:

“Great Britain has some of the most stringent gun control laws in the world.  The main law is from the late 1960s, but it was amended to restrict gun ownership further in the latter part of the twentieth century in response to massacres that involved lawfully licensed weapons.  Handguns are prohibited weapons and require special permission.  Firearms and shotguns require a certificate from the police for ownership, and a number of criteria must be met, including that the applicant has a good reason to possess the requested weapon. Self-defense or a simple wish to possess a weapon is not considered a good reason. The secure storage of weapons is also a factor when licenses are granted.”

“Great Britain has the reputation of having some of the tightest gun control laws in the world.  Only police officers, members of the armed forces, or individuals with written permission from the Home Secretary may lawfully own a handgun. This stringent legislation may, in part, account for Britain’s relatively low statistics for the use of firearms in crime—in 2008–2009 firearms were used in only 0.3% of all recorded crimes and were responsible for the deaths of thirty-nine people. This report covers the law relating to the lawful ownership of firearms and offenses for unlawful possession.”

“Firearms laws governing the country have generally been enacted in a reactive manner in response to massacres and overwhelming public support that backed the introduction of prohibitions on firearms. The laws cover a number of weapons, including handguns, shotguns, imitation firearms, deactivated firearms, and air weapons. This report focuses on the requirements to lawfully own a shotgun, firearm, or a prohibited weapon for residents of Britain.”

“Gun control in Britain passed in stages, beginning just after World War I and continuing in a reactionary fashion with increasing strictness through the 1990s.”

“When the final stage arrived in 1997, and virtually all handguns were banned via the Firearms Act, the promise was a reduction in crime and greater safety for the British people. But the result was the emergence of Britain as the ‘most violent country in Europe’.”

“Britain began placing restrictions on gun ownership after World War I with the Firearms Act of 1920. The passage of this act was emotionally driven, based in part on the public’s war-weariness and in part on the fear that an increased number of guns–guns from the battle field–would increase crime.”

“The Firearms Act of 1920 did not ban guns. Rather, it required that citizens who wanted a gun had to first obtain a certificate from the government. We see this same stage taking place in various places in the United States now, where a person who wants a firearm has to get a Fire Owner Identification Card (Illinois) or has to be vetted by police (Massachusetts) or both.”

If gun control advocates are right in their primary arguments of creating a safer place to live, then how do they explain the latest poll taken of England’s Metropolitan Police, sometimes referred to Scotland Yard. Around 11,000 police officers responded to the poll. Of the 11,000 respondents, 43% said they wanted to see more firearm specialist officers on the force. Only 6% said they believe the current number of armed officers is adequate and 26% said they believe that all police officers should be routinely armed. Not surprising, 12% said they would not carry a firearm on duty under any circumstance.

Perhaps the Metropolitan Police are understanding the necessity of being armed in what could be the country with the greatest number of violent crimes per 100,000 people:

“In 2009, twelve years after the Firearms Act of 1997 was passed, Daily Mail Online reported that Britain was ‘the most violent country in Europe.’ They also reported that Britain’s home figures showed ‘the UK [had] a worse rate for all types of violence than the U.S. and South Africa’.”

Similar trends of higher crime rates in areas with stricter gun control laws can be seen in the United States in cities like New York, Chicago, Baltimore and Washington DC. Facts indicate that the stricter the gun control laws the higher the crime rates are. This can largely be attributed to the fact that most gun control laws only serve to limit law abiding citizens from having the right to protect themselves from criminals in various situations.

Criminals always find a way to obtain a gun regardless of the laws prohibiting such and they also know that most of the people are pretty much defenseless, even in their own homes. Just like so many mass shooters intentionally target gun-free zones, they also target gun-free citizens and gun-free homes.