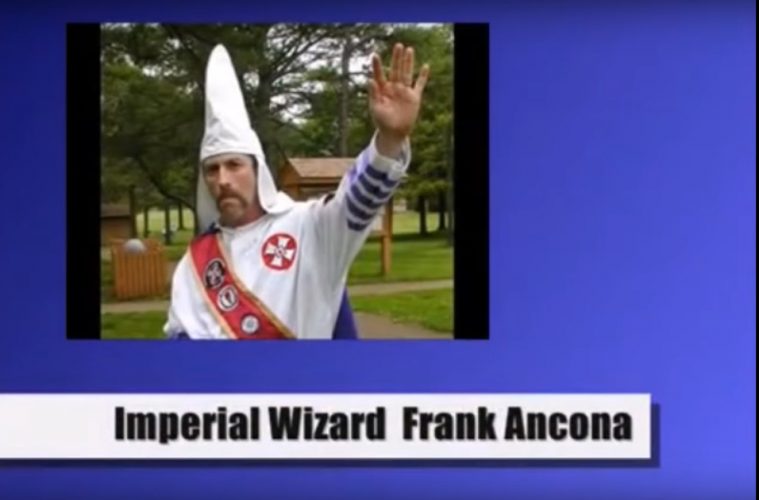 After failing to show up for work and lying to his wife about where he was going, KKK Imperial Wizard Frank Ancona was found dead with a bullet wound to the head near a river in Missouri.

The body of a Ku Klux Klan leader who was reported missing last week was found Saturday near a Missouri river, according to multiple media outlets.

Frank Ancona, 51, who was an imperial wizard of the Traditionalist American Knights near St. Louis, was found with a gunshot wound to his head, the Daily Journal reported, citing the results of an autopsy performed Sunday.

His wife, Malissa Ancona, allegedly told investigators that she last saw him when he was called to make an out-of-state delivery for work on Wednesday.

Local authorities, however, found that Ancona hadn’t received such a call. His employer reported him missing when he didn’t show up for work on Friday, according to local outlet KMOV.