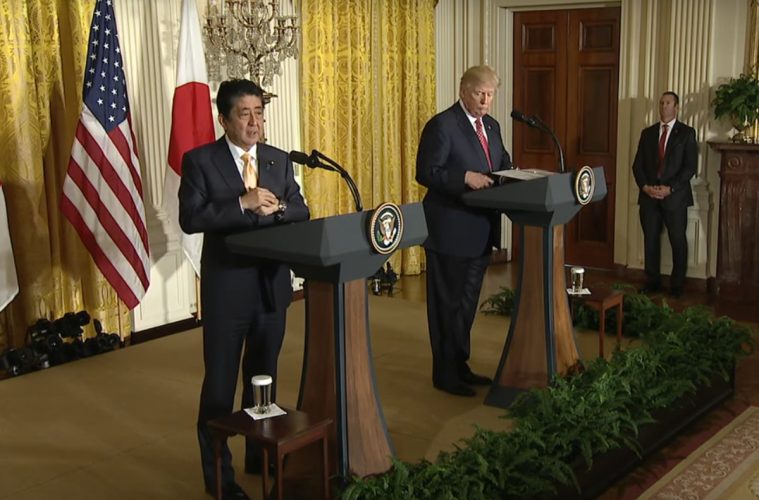 Some of Donald Trump’s campaign talks caused some apprehension about US alliance with some of our allies. On Friday, Trump met with Japanese Prime Minister Shinzo Abe and reaffirmed the United States commitment to the security alliance with our ally.

President Trump pledged Friday that his administration remains committed to maintaining the United States’ long-standing security alliance with Japan, aiming to calm jitters in Tokyo over his inflammatory rhetoric on the campaign trail.

In a news conference with Prime Minister Shinzo Abe at the White House, Trump called the alliance the “cornerstone of peace and stability in the Pacific region,” and he vowed to make ties between the two countries “even closer.”

Trump’s remarks on the alliance, which hewed closely to statements of previous U.S. presidents, would not have been remarkable were it not for the sharp criticism he aimed at Japan during the 2016 presidential campaign. He denounced a sizable U.S. trade deficit to Japan and suggested Japan and South Korea were not paying their share to support American troops based in the region.

But the summit, aggressively pursued by the Japanese, aimed to erase doubts, even as the two sides remain at odds over how to move forward on trade and economic ties.