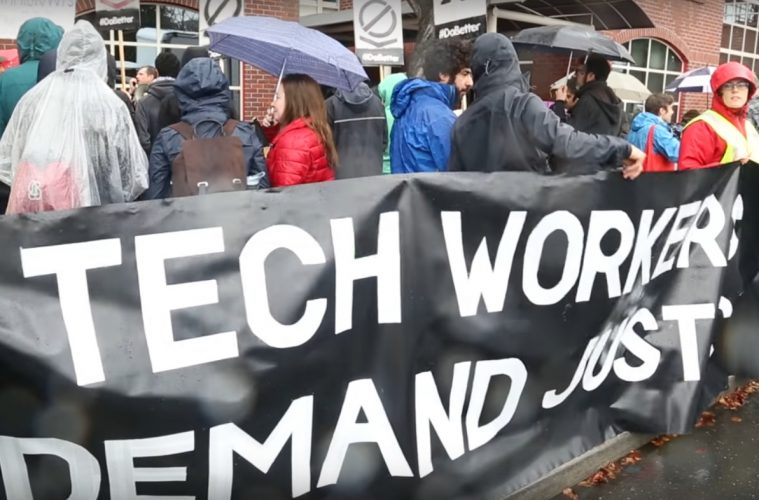 Many of the tech giant companies have jumped on the anti-Trump bandwagon in response to Trump’s quest to protect America and American citizens. Realize that many of these tech companies are run by younger liberals who were brainwashed by the public school system. the truly frightening aspect of this is that these are tomorrow’s leaders.

The powerful new voices were added with another legal showdown coming as early as Monday. The suspension of the order, meanwhile, has allowed those previously banned more time to try to reach the United States.

A decision Sunday by the U.S. Court of Appeals for the 9th Circuit preserved a lower judge’s order to temporarily halt the ban — and based on a schedule the court outlined, the stop will remain in place at least until sometime on Monday. The Justice Department said it would not elevate the dispute to the Supreme Court before that.

Trump responded to the development Sunday by writing on Twitter that he had “instructed Homeland Security to check people coming into our country VERY CAREFULLY.” A Department of Homeland Security spokeswoman did not immediately return messages seeking comment on how, practically, that screening would be implemented.