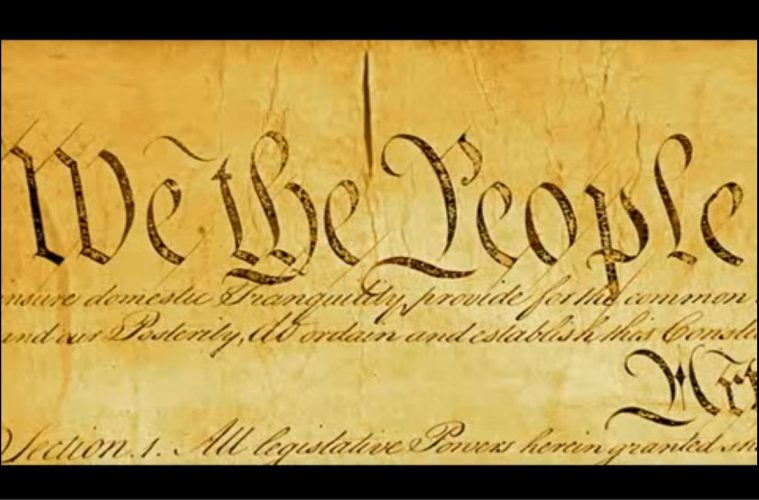 Can Congress Reclaim Constitutional Authority and Save Jobs?

Over the past several decades, Democrats and Republicans in Congress and the White House have trampled on the United States Constitution, the rights of the American people and in some ways, have cost American jobs. A number of trade deals have been made that seemed to favor foreign powers and companies over America and American companies and workers. Dozens of regulations have been issued that also hurt jobs and deny many Americans and American companies of their constitutional rights.

Not since the time of President Ronald Reagan has Congress and the White House been filled with as many conservatives as there are now. The American people have been witnessing the destruction of our nation by liberal Washington politicians and have made their voices known with their votes.

The question now is if Congress can reclaim and restore constitutional authority and at the same time save jobs in the process? One congressman believes they can.

With Donald Trump in the White House and Republicans in control of both the House and Senate, Bishop is hoping that Congress can reclaim and restore constitutional authority and save jobs at the same time.

Rep. Bishop recently posted his optimism in The Daily Signal where he wrote in part:

“Right now, we in Congress have the chance to reset the clock, to go back to a time when policies helped people and where regulations were not used to pursue ideological aims.

This is exactly what the Congressional Review Act was designed to help ensure.

Signed into law in 1996 by President Bill Clinton, the Congressional Review Act is a powerful oversight tool enacted to prevent midnight regulations that have no business being promulgated but were pursued anyway…

During the past eight years, the Obama administration pulled out every stop to block energy and resource development on federal lands under the guise of environmental protection.

The U.S. Bureau of Land Management’s venting and flaring rule, up for consideration today under the Congressional Review Act, is no exception.

In fact, of the flurry of midnight rules issued by the Obama administration, this one in particular stands out. The regulation, and the abuse of statutory authority it took to devise it, poses threats that reach far beyond the Western states.

The rule seeks to further regulate methane releases from oil and gas development on federal and tribal lands through a range of stringent planning requirements, development prohibitions, and potential royalty rate increases.

After the Obama administration failed to pass cap-and-trade legislation under a unified Democratic government in 2010, the White House began its work to sidestep Congress.

Both the Environmental Protection Agency and the Department of the Interior would have become central pillars in this effort. There was only one problem: The administration lacked statutory authority for most of the actions they were proposing.

But this didn’t deter them.

In January 2015, the White House announced that the Bureau of Land Management would begin regulating emissions. But the bureau, the nation’s principal land management agency, is mandated by statute to facilitate oil and gas development on federal and tribal lands—not air quality.

The authority to regulate air quality is vested with the EPA in partnership with states. The Bureau of Land Management’s harmful rule comes on top of an EPA rule that does the very same thing, and pre-existing state regulations…

The other problem for the Obama White House: Oil and gas production was surging nationally, lifting state economies across the country from economic ruin. At the same time, methane emissions were nose-diving nationally due to industry innovation—and without the heavy hand of federal intrusion.

Repealing the venting and flaring rule under the Congressional Review Act offers members of the House and Senate the opportunity to make good on our fundamental constitutional obligation.

This action also protects people. We will save thousands of jobs that are supported by America’s domestic energy industry, including independent energy producers—the small, family-run businesses that are most heavily impacted by this oppressive rule.

We will also save vital streams of revenue for federal, state, and local governments that are used to support schools, infrastructure, and other important services.

Finally, putting a stop to this rule is an acknowledgement that federal policies should support rather than stymie innovation for an industry that has provided new economic fortune and opportunity to so many hardworking American families.

Let us restore the balance of power, reign in the unelected federal bureaucracy, and begin promoting a stronger American economy through the responsible development of our domestic resources. Reversing this policy is a positive step in that direction.”

If you agree with Rep. Bishop and would like to see Congress claim and restore constitutional authority while saving and even creating more jobs, please contact your congressman/woman and senator in Washington and urge them to work with Rep. Bishop to accomplish this important and vital goal.