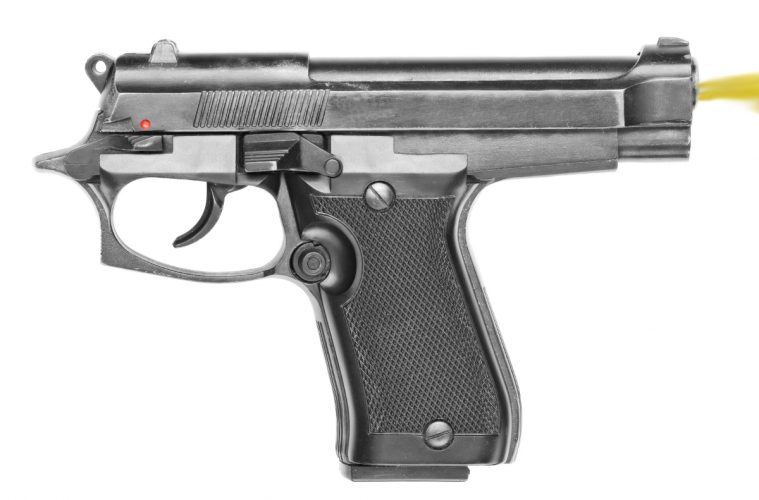 Obama’s $10 Million Study on Gun Control Backfired on Him

What does a politician do when a study they commissioned results in information contrary to their political agenda? They ignore the findings, bury the study and continue on with their agenda and lying rhetoric. They also ignore all other reports that contradict their rhetoric and go against their agenda.

This is the case with Barack Obama and his agenda to disarm the American people and destroy the Second Amendment of the US Constitution. First, he willfully ignored the facts of happened in Australia.

In 1996 newly elected Prime Minister John Howard of Australia pushed for stricter gun control. That year the Australian Parliament passed the National Firearms Agreement which banned the private ownership of all semiautomatic rifles and semiautomatic and pump action shotguns. The new law also established more restrictions in the licensing of other firearms.

According to the National Firearms Agreement private citizens were forced to turn over the banned weapons in a government buyback system. Beginning on October 1, 1966 through September 30, 1997, the Australian government spent $500 million in purchasing and destroying more than 631,000 banned guns. Howard and other politicians promised the citizens of Australia that they would be safer now that these horrible weapons had been taken off the streets.

However, that was not the case!

Since Australia banned semiautomatic rifles, shotguns and pump action shotguns the gun crime rates have skyrocketed throughout the country.

Obama has been quick to point to other countries for support of his national socialistic healthcare system known as Obamacare, he conveniently ignored what happened in Australia after they banned many guns from private ownership.

In January 2013, Obama made a big spectacle about signing an order that commissioned the Centers for Disease Control to launch a study on the effects of self-defense as a crime deterrent. The study was paid for by us, the taxpayers, to the tune of $10 million. His plan was that the study would help him counter the pro-gun arguments about guns being an effective means of self-defense in deterring crimes. Obama hoped the study would prove just the opposite.

There is a good reason why. He didn’t want the nation to know what the study, they paid for, discovered.

The study was titled: ‘Priorities For Research to Reduce the Threat of Firearm-Related Violence’. According to the CDC:

“Studies that directly assessed the effect of actual defensive uses of guns (i.e., incidents in which a gun was ‘used’ by the crime victim in the sense of attacking or threatening an offender) have found consistently lower injury rates among gun-using crime victims compared with victims who used other self-protective strategies.”

The report also revealed that there were twice as many non-fatal firearm related injuries than there were fatal injuries. Not exactly very supportive of Obama’s anti-gun agenda, is it? So, why didn’t Obama reveal the results of this study with the same fanfare that he had when he signed the commission for it? In the three and half years since the completion of the report, have you heard of it and its results?

Because the study backfired on him and only served to dismantle his own lying rhetoric. He chose to ignore and bury the study and hide the results from the American people because it would only make it harder for him to carry out his agenda.

To add insult to injury, the Institute of Medicine and the National Research Council also released a report around the same time as the CDC in which they found:

“Most felons report obtaining the majority of their firearms from informal sources, stolen guns account for only a small percentage of guns used by convicted criminals.”

“Between the years 2000 and 2010, firearm-related suicides significantly outnumbered homicides for all age groups, annually accounting for 61 percent of the more than 335,600 people who died from firearm-related violence in the United States.”

That’s pretty significant since a person determined to take their own life will find a way if a gun is not present, and I know from personal experience. When I was 19, I planned my own suicide. However, since I was and still am a supporter of gun rights, I was not going to use a gun, but my car. It was only by the grace of God’s intervention in my life at the time that I never carried out my plan, but I assure you, a person determined to commit suicide will find a way – car, pills, knife, tall buildings, bridges, etc.

People like Obama and many other liberals, don’t want the American people to know the truth. They remind me of the famous scene from the movie A Few Good Men when Col. Jessup (Jack Nicholson) shouts out: ‘You can’t handle the truth!’ That describes Obama and others – they can’t handle the truth, so they ignore and bury the truth and continue to lie and say whatever they can to destroy the constitutional rights of the American people.