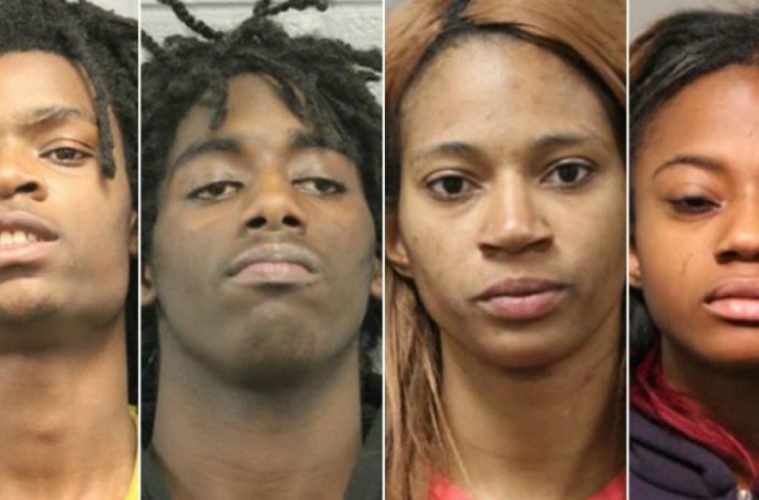 Ten years ago, I would have said that the racial tensions in America were improving and that civil rights had made huge headway in helping to establish racial peace in America…

Then Barack Obama, half black and half white, was elected to occupy the White House and in a few short years, decades of civil rights progress were destroyed. I used to think that President Lyndon B. Johnson was the most racist president of my life time, but no president has come close to being as racist as Barack Obama, nor has any president in history done more to fuel the fires of racial hatred and divide, than Barack Obama.

After the shooting of Trayvon Martin by George Zimmerman who is more Hispanic than white, black activists began randomly attacking whites for no other reason but to take out their pent up racial hatred. Many groups and gangs of young blacks thought it was funny to suddenly attack an unsuspecting white person just for the fun of it. Some victims were hospitalized with their injuries and some died, but very few blacks, including Obama, would call these hate crimes. After all, according to Obama and many black activists, only whites can be racists, blacks are justified because of how their ancestors were treated. Racial hatred spread like a sickening cancer as many blacks shouted ‘this is for Trayvon’ or ‘remember Trayvon’ as they violently attacked innocent white people. Obama’s buddies, the New Black Panthers went so far as to publicly place a bounty on the head of George Zimmerman, alive or dead. These are the same black activists who Obama marched with prior to his White House election.

After the shooting death of black teen thug Michael Brown by white Ferguson police officer Darren Wilson, Obama and many other black activists continued to fuel the raging fires of racial hatred. From the White House down, they condemned Wilson before they knew the facts surrounding the case and even when the facts were made known, they chose to ignore them and still blame Wilson for Brown’s demise, although it 100% Brown’s fault. This time the New Black Panthers went too far and promoted the senseless killing of police officers around the nation. Sadly, no one in the Justice Department or White House condemned the New Black Panthers for promoting the murdering of law enforcement officers. Their silence was taken by many as being supportive of the lawless and anarchist actions of militant blacks across the nation.