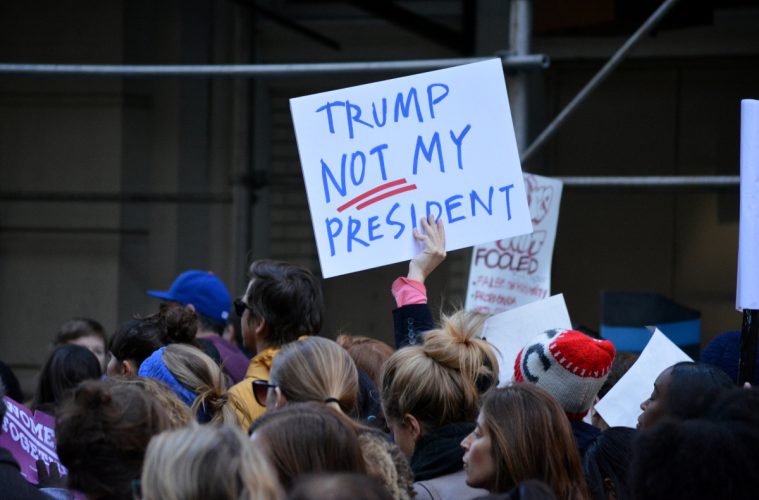 For at least two weeks after the November 8 election, thousands of Democrats were wailing, gnashing their teeth, walking out of classes, sitting on sidewalks crying and protesting over the electoral victory of Donald Trump. Many of them were vowing that Trump would never be their president. College professors catered to their spoiled students by making midterm exams optional and excusing absences of those who were so upset that they just couldn’t study and be responsible young adults. Some got behind the recounts in hopes that the horrible news of a President Trump could be overturned and changed. The liberal mainstream media was filled with images of whining and moaning Democrats holding signs reading ‘Not My President.’

Like Obama’s Washington Democrats, many promised that they would fight against a Trump presidency with everything they have. Former Senate Majority Leader Harry Reid operated under that mentality when he regularly refused to even allow any bill from the Republican controlled House, to be introduced in the Senate. On one specific occasion, the House sent 11 different jobs bills to the Senate. Reid read one and then trashed it. He never read the others nor did he allow anyone else in the Senate to read them or introduce them into consideration. The only reason Reid offered was that the bills were written by Republicans. Then he had the audacity to say accuse the House Republicans as being unwilling to work together or compromise. Talk about a hypocrite of the infinite degree.

A recent Rasmussen Reports poll indicates that attitudes of Democratic voters towards Trump appear to be changing. The first part of their poll dealt with how many likely voters believed Trump’s residency would succeed or fail. It stated:

“The latest Rasmussen Reports national telephone and online survey finds that 39% of Likely U.S. Voters think Trump’s presidency is more likely to be a success. Thirty percent (30%) say it’s more likely to be a failure instead, while 26% believe the Trump presidency will fall somewhere in between the two. (To see survey question wording, click here.)”

“Sixty-seven percent (67%) of Republicans think Trump is likely to succeed, a view shared by only 17% of Democrats and 35% of voters not affiliated with either major party. Just over half (52%) of Democrats believe Trump is more likely to fail, but only seven percent (7%) of GOP voters and 28% of unaffiliateds agree.”

While those results may not be that surprising, the following result was:

“But 57% of Democrats want Trump’s presidency to be a success. Of course, that compares to 91% of Republicans and 73% of unaffiliated voters. Twenty-six percent (26%) of voters in Hillary Clinton’s party want Trump to fail, while another 17% are undecided.”

What happened to all of their temper tantrums, whining, crying and signs saying he’s not their president? What about all of their claims that Trump’s policies are hateful and discriminatory? Don’t those same policies have to be implemented and working in order for his presidency to succeed?

It’s hard to believe that a majority of Democrats who were so adamantly against Trump a month ago are now hoping that he succeeds. Perhaps it’s because after 8 years of Obama, all they saw was one failure after another and now they finally have real hope.