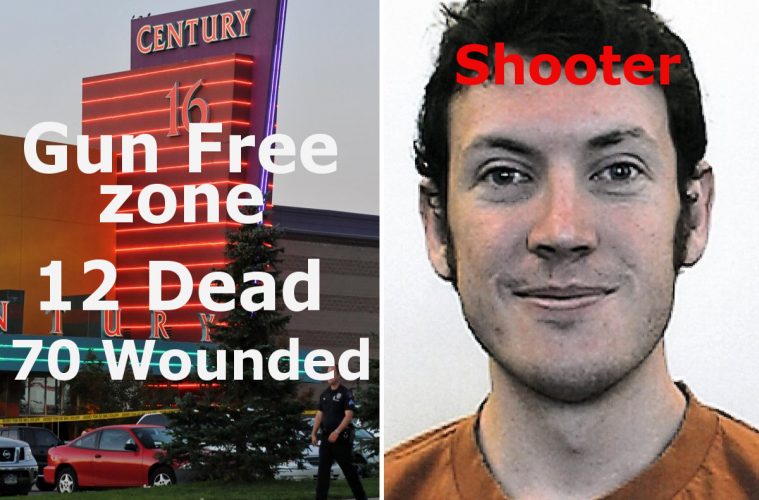 Should Business Owners Be Held Responsible for Consequences of Their Gun-Free Zones?

In the wake of more media coverage of gun violence, the American people, politicians and business owners seem to react in two different ways. Liberals, like most Democrats, believe the best answer is to push stricter gun control. Some go as far as to push for all guns to be outlawed and American’s stripped of their Second Amendment rights to own and bear arms. They have the misguided belief that once guns are outlawed and removed from society that gun violence will drastically drop. What they fail to realize is that most criminals cannot legally purchase or own a gun anyway and that hasn’t stopped them from do so. The only thing gun bans do is deprive law abiding citizens from having the right to defend themselves, their loved ones and their homes. Over the past few years, I’ve reported a number of instances when someone at home was able to defend themselves, their loved ones and their homes from dangerous intruders. In some of those instances, it was a mom or child who used the family gun for defense.

Some of these extreme liberals go so far as to believe that gun-free zones are part of the answer in curbing gun violence. Again, this is based on the false premise that no one will venture to carry a gun in a gun-free zone. Yet, many of the mass shootings reported by the liberal media take place in gun-free zones – Sandy Hook, Aurora theater and the Pulse nightclub as just a few examples.

That forces a legal question of who should be held accountable or responsible for gun violence committed in gun-free zones? Some evidence suggests that gun-free zones are more dangerous and put people in greater danger than gun-friendly zones and businesses.