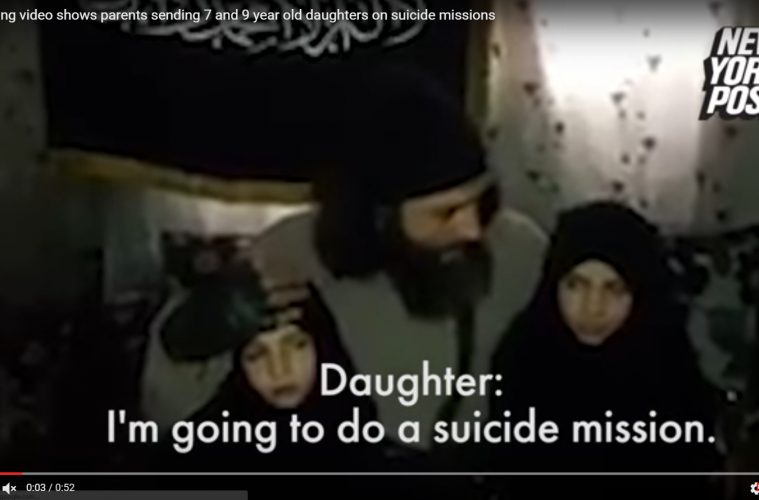 Remember when Democrats were mocking us for being Islamophobic because we weren’t thrilled at the idea of importing thousands of unvetted Muslim refugees from countries infested with jihadists?

Barrack Obama himself scolded his own countrymen for rejecting a bunch of “widows and orphans” and having a baseless fear of “3 year old children” refugees.

Well maybe Barrack should take a gander at this footage that reportedly depicts a Syrian mother and father giving their 7 & 9 year old daughters a pep talk before they’re to carry out a suicide bombing mission, all in the name of Islam.

We can see the father walk them through their mission, preparing them to walk into a place filled with innocent people and detonate a bomb. He reassures them that it will be alright – it’s exciting, even – because they’ll soon be with God. Islam truly does have something evil within it that will require a serious reformation. Watch..