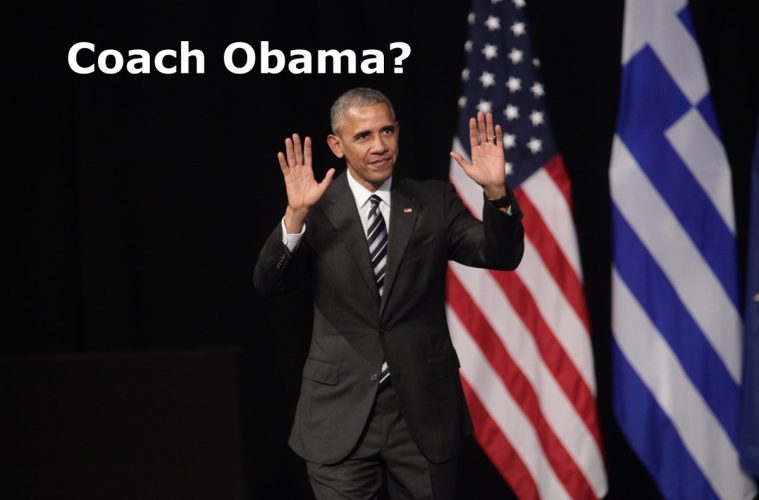 Under the eight years of Obama leadership, the Democratic Party has fallen into chaos and disarray. Now the man responsible for the downfall of the Party claims to be reach to coach young Democratic politicians in order to rebuild the Party.

President Obama sees a role for himself in rebuilding the Democratic Party after he leaves office — coach.

“What I am interested in is just developing a whole new generation of talent,” Obama told NPR’s Steve Inskeep in an interview airing on Morning Edition.

“There are such incredible young people who not only worked on my campaign, but I’ve seen in advocacy groups,” Obama said. “I’ve seen passionate about issues like climate change, or conservation, criminal justice reform. You know, campaigns to — for a livable wage, or health insurance. And making sure that whatever resources, credibility, spotlight that I can bring to help them rise up. That’s something that I think I can do well, I think Michelle can do well.”