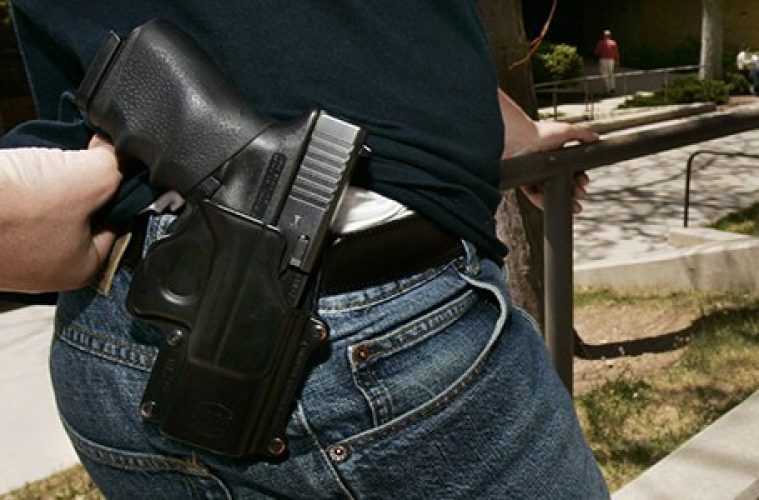 Today, lawmakers in Missouri used a heavy Republican supermajority vote to loosen the state gun laws. This new law will allow (most) adults to carry a concealed weapon WITHOUT a permit. That’s right, they do not need a permit to conceal carry.

For this law to pass, it needed a whopping 2/3 majority vote in each chamber, which it received.

Democrat’s biggest argument is that this could cause racial minorities to be at a higher rish of being shot.

“The targets in our area are black boys, not pheasants,” said Sen. Maria Chappelle-Nadal, who represents Ferguson, where sometimes violent protests broke out after the fatal police shooting of black 18-year-old Michael Brown in 2014. The white officer was cleared of wrongdoing by state and federal investigations.

First of all, that is a ridiculous scenario to use. The officer, regardless of color, was cleared of wrongdoing because he DID NOT do anything wrong! He was charged by a thug who was twice his size. He called out and warned the thug to stop, but when he did not cease, the officer pulled the trigger.

Nadal continued on to say “What I don’t want is to get to the point where there is a trigger-happy police officer or bad Samaritan like Zimmerman who says, ‘Black boy in the hood. Skittles. Let’s shoot.”

Once again, not a good scenario to use, but hey, they will use any and everything they can.

The new bill will allow LAW ABIDING citizens to protect not only themselves, but their family as well.

Missouri will join 10 other states that already allow concealed carry without a permit.