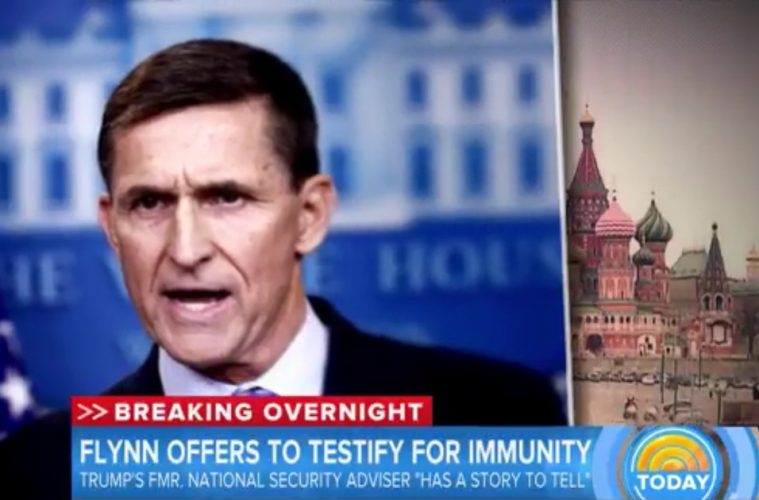 When Retired General Michael Flynn knew he was going to be asked to testify before the Senate Intelligence Committee, he said he would be more than happy to divulge all providing he was granted immunity first. Many liberals instantly jumped to the conclusion that he had something to hide or was involved in a crime, but some legal analysts say it may have been a legal move prompted by his attorney.

The Senate Intelligence Committee turned down the request by former National Security Adviser Michael Flynn’s lawyer for a grant of immunity in exchange for his testimony, two congressional sources told NBC News.

A senior congressional official with direct knowledge said Flynn’s lawyer was told it was “wildly preliminary” and that immunity was “not on the table” at the moment. A second source said the committee communicated that it is “not receptive” to Flynn’s request “at this time.”

The senior congressional official also said that Flynn’s lawyer had conveyed the offer of testimony in exchange for immunity from prosecution to the Justice Department.