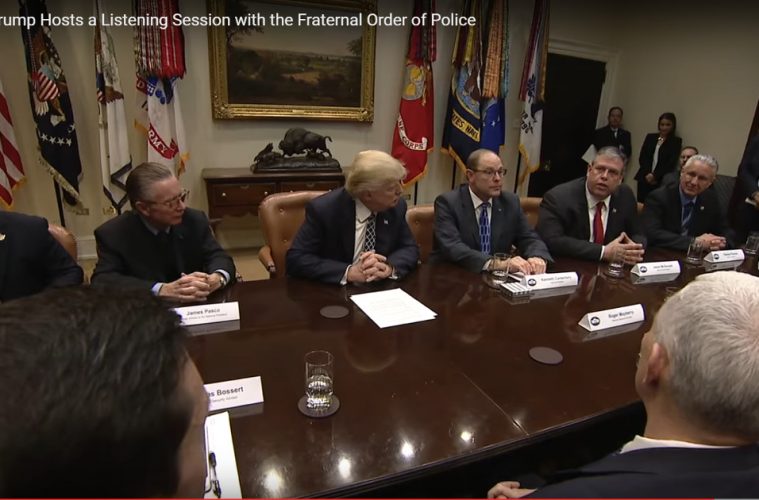 President Donald Trump and Attorney General Jeff Sessions have vowed to cut federal funding and grant money for all sanctuary cities, counties and states. The issue of sanctuary cities has come to a head over the past few years with more and more reports of American citizens being raped, beaten and murdered by illegal aliens. A number of those incidents took place in sanctuary cities, where local authorities provide illegal protection of illegal aliens by refusing to cooperate with federal immigration authorities.

In July 2015, the murder of 32-year-old Kathryn Steinle, who died in her father’s arms, made national news and sparked a lot of debate over Kate’s Law.

“Francisco Sanchez, 45, is an illegal from Mexico who has been deported five times. His stories about what happened remind me of Hillary Clinton’s stories concerning the attack on the US Embassy compound in Benghazi, Libya in that it has changed and still makes no sense…”

“Sanchez had last been arrested in March by San Francisco police. He had seven felony convictions on his record which demands that he be arrested and deported. San Francisco authorities contacted ICE officials to come and pick him up and ICE asked them to keep him in custody until they could come and get him. Typical for San Francisco’s ultra-liberal ways, they released Sanchez back out on the streets before ICE agents could arrive to take him into their custody.”

More recently, there was the brutal rape of a 14-year-old girl at a Maryland school by two illegal aliens. Both incidents took place in sanctuary cities.

This week, US Attorney General Jeff Sessions echoed Trump’s mandate to cut federal funding for all sanctuary cities and other sanctuary areas. A few mayors of sanctuary cities have reconsidered their sanctuary status, but the majority of them, most of which are liberal Democrats, are upset and vowing to fight Trump to save their federal money.

Earlier this week, President Trump met with leaders of the Fraternal Order of Police, the union that represents many of the nation’s law enforcement officers. Some of them expressed concern that Trump’s plans to cut federal funding and grant money could hurt the public safety in many cities and communities. At the meeting, President Trump tried to reassure FOP leaders that he truly supports the nation’s law enforcement personnel and his actions are not against them, but against those governing the sanctuary cities.

With the charge of President Trump’s cutting of federal money to sanctuary cities, is he really to blame for the possibility of hurting the public safety of those cities? Some fear that losing vital federal funding will force some sanctuary city leaders to cut police and fire personnel, thus hurting public safety and putting the people in greater danger.

The reason federal funding will be withheld is because the leaders of those cities, counties or states have made the decision to violate federal law and defy federal immigration officials. They are the ones who are ultimately responsible if they end up cutting police and fire personnel. If they only complied with federal laws, as their oaths of office called them to do, then they wouldn’t need to cut public safety for lack of federal funding.

Don’t blame Trump when liberal Democrats violate the law and then take it out on others. They may point their fingers of blame at Trump when they are really the guilty ones.