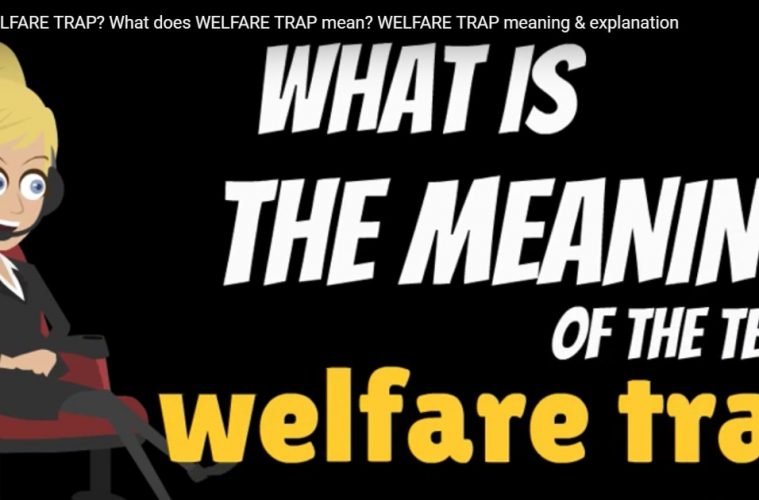 When running for the White House, Donald Trump promised to reduce wasteful spending and run the US economy like a business. Many Republicans also won their offices with the promise and now Trump and Congress are working towards keeping that promise.

One of the biggest expenditures is welfare or the various forms of government assistance, including SNAP (formerly called food stamps) and Social Security disability. In their move to cut wasteful spending, Congress passed a bill that would remove regulations established by the Department of Labor while Barack Obama was in the White House. The new bill, which Trump is expected to sign into law removes the restrictions that banned a number of states from requiring drug tests for welfare recipients. The measure barely passed, along Party lines with a 51-48 vote.

What many conservatives never understood is why the Obama administration fought against drug testing for welfare recipients when many Americans are required to take and pass drug tests to get and keep jobs. It’s those jobs that pay the taxes used to fund welfare. If we have to take drug tests to earn the money, then why shouldn’t welfare recipients be drug tested to receive our tax money?

In a recent poll, 55% of Americans surveyed responded that too many people are getting help from the government. Yet, liberals claim that many people need the help.

But government welfare is more of a trap than a help. The more welfare someone receives, the harder it is for them to find a job that will pay them enough of a wage to provide for their needs and to cover the costs of all of the welfare benefits they lost. Some people say that they would have to find a job paying well over $15 an hour in order to make it worth their while to actually get off of welfare and this is the argument that many use for raising the minimum wage to $15 an hour.

In the same poll, 50% of the respondents said they believe that modern government programs only increase the level of poverty and the need for more welfare.

Benjamin Franklin warned us nearly 250 years ago about the dangers of welfare when he wrote:

“In my youth I traveled much, and I observed in different countries that the more the public provisions were made for the poor, the less they provided for themselves, and of course became poorer. And, on the contrary, the more they did for themselves, and became richer. There is no country in the world where so many provision are established for them (as in England); so many hospitals to receive them when they are sick or lame, founded and maintained by voluntary charities; so many almshouses for the aged of both sexes, together with a solemn general law made by the rich to subject their estates to a heavy tax for the support of the poor. Under all these obligations, are our poor modest, humble, and thankful? And do they use their best endeavors to maintain themselves, and lighten our shoulders of this burden? On the contrary, I affirm that there is no country in the world in which the poor are more idle, dissolute, drunken, and insolent. The day you passed that, you took away from before their eyes the greatest of all inducements to industry, frugality, and sobriety, but giving them a dependence on somewhat else than a careful accumulation during youth and health, for support in age or sickness.”

“In short, you offered a premium for the encouragement of idleness, and you should not now wonder that it has had its effect in the increase in poverty. Repeal that law, and you will soon see a change in their manners. Saint Monday and Saint Tuesday will soon cease to be holidays. Six days shalt thou labor, thought one on the oldest commandments long treated as out of date, will again be looked upon as a respectable precept; industry will increase, and with it plenty among the lower people; their circumstances will mend, and more will be done for their happiness by inuring them to provide for themselves than could be done by dividing all your estates among them.” [The Real Benjamin Franklin: Part II: Timeless Treasures from Benjamin Franklin, Prepared by W. Cleon Skousen and M. Richard Maxfield. National Center for Constitutional Studies, 2008, Pp 453-4.]

We need to take a good look at the current programs and start making more Americans work for the welfare they receive. Those that are able to do any kind of work, whether physical or office type of work, should be required to work a certain amount of hours that corresponds to the benefits they are receiving. Those that are able to work, have them work on the infrastructure projects (repairing Interstates and replacing old and unsafe bridges) as Trump has promised to fund. Imagine how much could be accomplished if the physically able are made to work for their benefits?

Many of them will feel better about themselves for actually working and contributing and the truly lazy ones will fall off of welfare and save us billions. Besides the savings of our tax dollars, in the long run it would help boost the nation’s economy. In the long run, it’s a win-win situation.