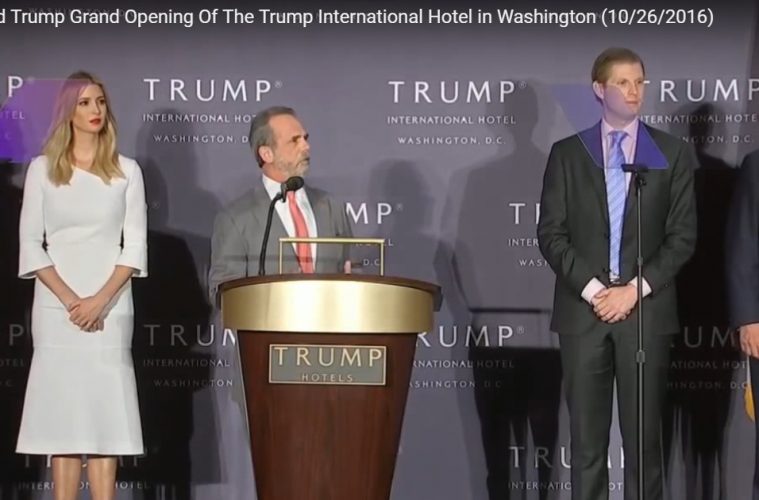 What’s the Ruling on Lease of Trump DC Hotel?

Democrats have been trying everything to undermine the presidency of Donald Trump. From charging him with conspiracy with the Russians to illegal operation of his businesses. One of the questions raised concerned the legality of the federal lease on the Trump DC hotel. That question has now been answered.

Government officials overseeing the Trump International Hotel’s lease with the federal government have determined the deal is in “full compliance” despite a clause in the agreement barring any “elected official of the Government of the United States” from deriving “any benefit.”

In a Thursday letter to Eric Trump, the president’s son now overseeing the hotel, the project’s contracting officer found the company met the terms of the lease because the president had resigned from a formal position with the company and the organization had restructured an internal operating agreement so he received no direct proceeds from the D.C. hotel business while in office.

“In other words, during his term in office, the president will not receive any distributions from the trust that would have been generated from the hotel,” said the contracting officer, Kevin M. Terry.