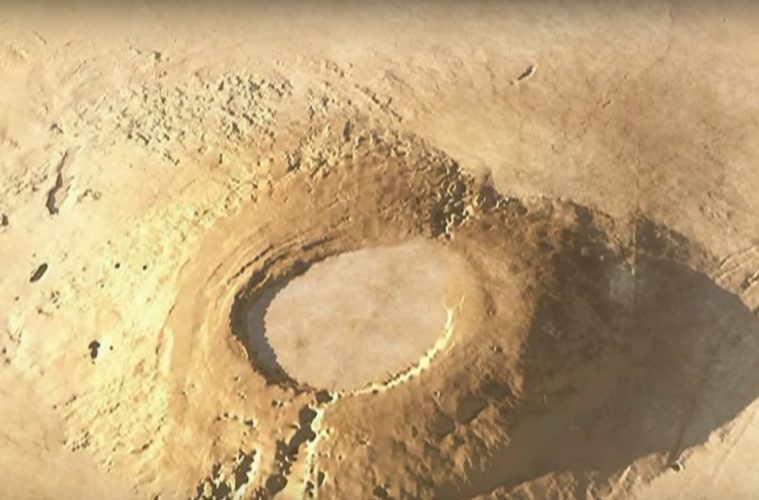 Once again, the news is abuzz about Mars. The red planet has attracted man’s attention for centuries spawning many legends, myths and stories of Martian monsters ready to take over the Earth.

In 1897 British author H.G. Wells published his novel The War of the Worlds. It depicted a Martian invasion of earth. At the time, space flight was nothing but science fiction, but his novel had many people watching the skies day and night for fear that his story would come true.

In 1938, famed actor Orson Welles sent the nation into panic when his radio broadcast of The War of the Worlds was aired in the form of news bulletins. Later, the science fiction story would be made into movies, first in 1953 and again in 2005.

In 1950, science fiction writer Ray Bradbury published his collection of short stories on the human colonization of Mars, The Martian Chronicles. This turned the tide on the way people began to look at Mars. Instead of them coming here, what about us going there?

Bradbury’s fiction may be closer to truth after all. Earlier this week, President Donald Trump signed a bill into law that appropriated $19.5 billion for NASA, who is already planning on a manned mission to Mars in the not so distant future.

In preparation of a manned mission to mars, NASA and many others are studying the nearby celestial neighbor more intently than ever. In a recently released report, NASA claims that the huge Martian super-volcano named Arsia Mons was spewing forth lava flows about every 1-3 million years with the last one allegedly ending about 50 million years ago.

Ask yourself how in the world do scientists know that the volcano was erupting every 1-3 million years and how do they know the last eruption took place 50 million years ago? What is the actual scientific proof?

“We estimate that the peak activity for the volcanic field at the summit of Arsia Mons probably occurred approximately 150 million years ago — the late Jurassic period on Earth — and then died out around the same time as Earth’s dinosaurs. It’s possible, though, that the last volcanic vent or two might have been active in the past 50 million years, which is very recent in geological terms.”

Please take note that he admits ‘we estimate’ and ‘probably occurred’. In other words, they really don’t know for certain, but are basing their claims on the presumption of millions of years of evolution, which has NEVER been scientifically proven.

Before you get your dander up, understand that there is a plethora of scientific data that questions the so-called millions of years of earth history. It’s all based upon a belief in millions of years and assumptions that have been built into fallible dating methods. It’s those dating methods that show a more recent lava flow near the top of the Grand Canyon to be far older than a lava flow closer to the bottom layers of the Grand Canyon. It’s the same dating methods that date a lava flow from Mt. Ngauruhoe in New Zealand to be over a million years old when it occurred from 1954-55. In fact, the dating methods gave a huge range of dates from 0.27 million to 3.5 million years. How’s that for accuracy? In Queensland, Australia, a piece of fossilized wood was found encased in a lava flow composed of olivine basalt. The basalt was dated via the standard K-Ar (potassium – argon) method and found to be 47.5 million years old. The wood was dated using carbon 14 and found to be only 37,500 years old. These are only a very few of the many examples of sound scientific evidence, using standard secular and prominent dating labs that cause question of the overall methods used at dating the earth.

Understand that the entire basis of the dating methods is based upon an assumption of millions or billions of years and then also based on the assumption that rates of radioactive decay have always been constant. Some studies have provided sound scientific evidence to show that decay rates have not always been constant, which totally undermines standard dating methods.

Another problem with the report on the Martian volcano is that they claim the last eruption occurred only 50 million years ago, around the same time the dinosaurs disappeared, and then according to their own dating system, dinosaurs supposedly died out 65 million years ago. That’s a variance of 30%, so which is it?

The bottom line is that when you see these headlines and titles that sound real and factual, they are not. They are nothing more than ‘estimates’ and theories based upon a highly flawed presuppositional belief that is crumbling around them.