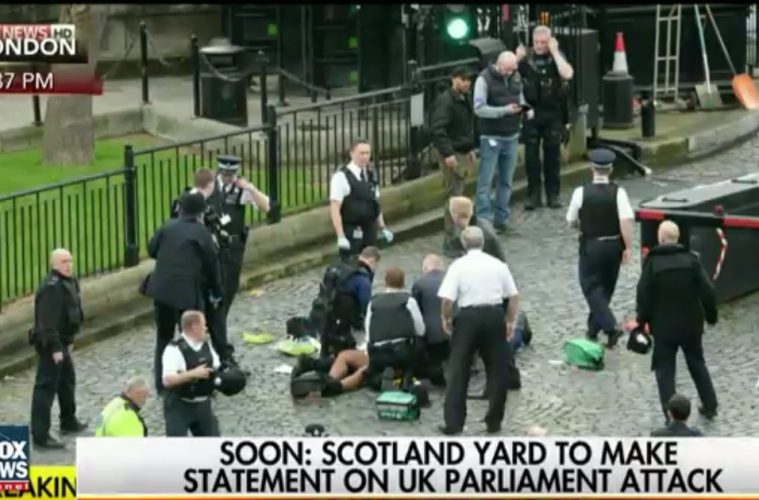 On Wednesday, London was rocked with a terrorist attack just outside the British Parliament building. Although they have not taken any credit for the attack, ISIS has applauded and cheered that it took place and that at least one police officer was killed and a dozen people injured.

SIS sympathizers are cheering the apparent deadly terror attack in London with memes and photos on social media, but there was no immediate claim of responsibility from the black-clad jihadist network.

Recent posts in Telegram channels linked to ISIS are filled with chatter, calling the attack outside the U.K. parliament “blessed,” and a graphic of a burning Big Ben that reads “SOON OUR Battle On Your Land” with “London” in bold letters at the bottom of the image is circulating through Twitter.

The attack in London on Wednesday comes on the one-year anniversary of the terror attacks in Brussells which left 32 people dead and 300 injured. ISIS claimed responsibiblity for the coordinated suicide bombings–two at the Brussels Airport in Zaventem and one at Maalbeek metro station in central Brussels. The bombings were the deadliest terror attack in Belgium’s history.