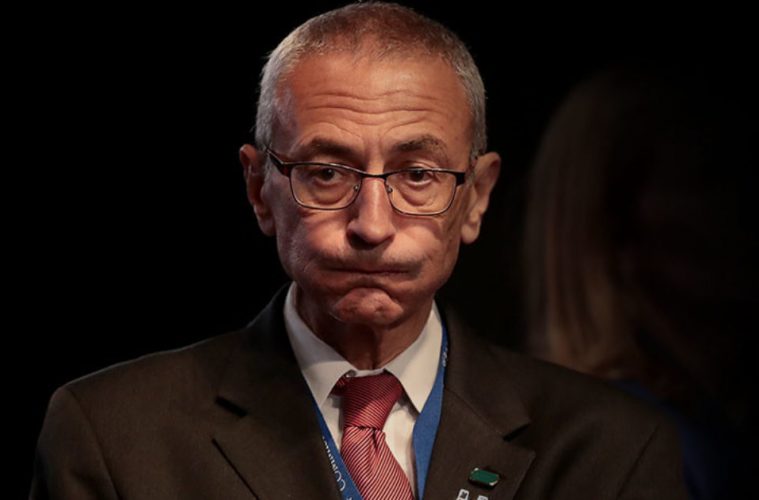 Hillary Clinton’s #1 Crony Could Be Investigated for Russian Ties

As the nation grows ever more tired of the phony allegations of collusion between Donald Trump and the Russians, one of the left’s most prolific characters is facing similar assertions.

From the moment that Donald Trump stunned rival Hillary Clinton in the 2016 presidential election, the democrats have been frantically and pathetically searching for some boogeyman to pin their loss on.  It seems that owning up to Clinton’s corruption and its effect on the psyche of the American voter is just not an option.  Their favorite of these evil-doers?  Russia.

Now, in one of the most spectacular examples of karma to blossom from 2016’s bizarre election, it looks as though the right hand man of the former First Lady will himself be facing serious allegations of improper relationships with the gang over in the Kremlin.

“Despite his attempts to downplay his working relationships with Russian-owned companies, John Podesta — former presidential campaign chairman for Hillary Clinton and former White House chief of staff for her husband’s administration — could soon be the subject of a Congressional investigation.