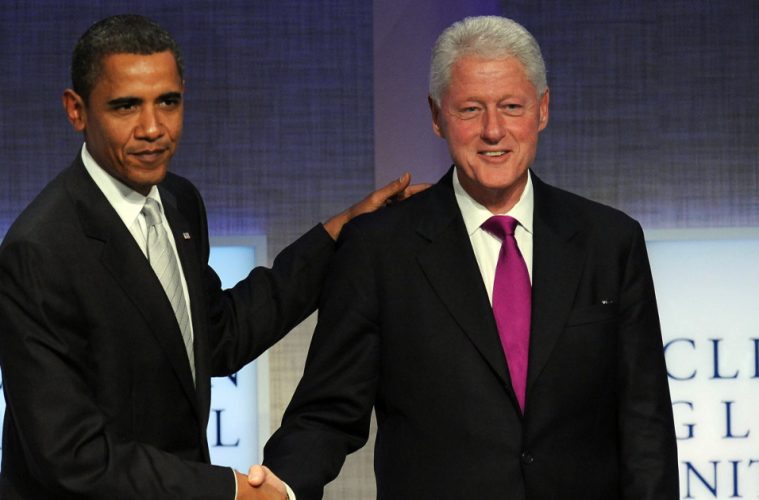 Did Barack Obama follow the example of former President Bill Clinton in creating a dangerous loan program that would eventually lead to another financial meltdown and US recession?

For the past eight years, I’ve been telling everyone that the financial ruin that hit the United States early into Barack Obama’s first term in office was not caused by former President George Bush. I’ve pointed out that it was former President Bill Clinton and his Democrats who forced the mortgage industry to create ways to put millions of Americans into homes they otherwise could not afford and they did. By the end of Bush’s presidency, millions of new homeowners discovered they could not afford to make their mortgage payments as the payments continued to increase year after year. What resulted was millions of Americans lost their homes to foreclosure and many of them also declared bankruptcy. This resulted in the collapse of the housing market which soon took down the entire nation’s economy with it.

At last, someone else has made the same claim about Bill Clinton:

“Remember how for years after President Obama first got elected we had to hear all about how Republicans destroyed the economy?”

“They had driven the car into the ditch, the president complained. Republicans were standing around, drinking their big Slurpee, Mr. Obama would add, laughing at his own unfunny joke. It was entirely up to him and the Democrats, he would say, to get America’s car out of the ditch. And then Republicans had the audacity to want the keys back!”

“As with just about every other thing the former president said, it was pretty much a complete lie.”

“We now know that all the economic ruin Mr. Obama ‘inherited’ was the result of the collapse in the housing market, caused by liberal Democratic government policies that forced banks to make bad housing loans to people who could not afford them.”

Now that the economy has been improving, that all seems to be part of the quickly forgotten past. Currently, everyone is focusing their attention on the Republican plans to replace Obamacare with a better national healthcare system, the confirmation of Judge Neil Gorsuch to the US Supreme Court and the allegations of wiretapping and Russian influence in the elections.

Just as Bill Clinton forced the creation of dangerous mortgage loans that eventually failed, Obama appears to have done the same thing with student loans with what soon could be the same results.

Under Obama, the federal government took over the student loan programs and like so many other government run programs, it’s turning into a disastrous nightmare. It also made it easier and more enticing for many to obtain student loans, knowing that they may not be required to pay it all back. However, that nightmare was being kept a secret by the Department of Education under the Obama administration.

Now, Judicial Watch has taken legal action against the Department of Education for what they call a cover up of the increasing number of student loans that are deemed to be failures for lack of payment. In their recent Press Release:

“Judicial Watch announced that it today filed a Freedom of Information (FOIA) lawsuit in the U.S. District Court for the District of Columbia against the U.S. Department of Education seeking records relating to then Obama administration’s ‘coding error’ that resulted in masking that most borrowers are failing to pay down their federally-subsidized student loans (Judicial Watch v. U.S. Department of Education (No. 1:17-cv-00501)).”

“The Education Department acknowledged in early January that the coding error resulted in wildly inaccurate College Scorecard repayment rates. The significance is substantial, according to The Wall Street Journal:”

“The department played down the mistake, but the new average three-year repayment rate has declined by 20 percentage points to 46%. This is huge. It means that fewer than half of undergraduate borrowers at the average college are paying down their debt.”

Who is going to cover this outrageous deficit? US taxpayers?

The question no one is willing to ask is whether or not the huge debt of unpaid student loans, like the unpaid mortgages, could result in another major US recession. If it happens within the next four years, everyone will blame Trump for the recession instead of Obama, just like they blamed Bush for the recession created by Clinton.